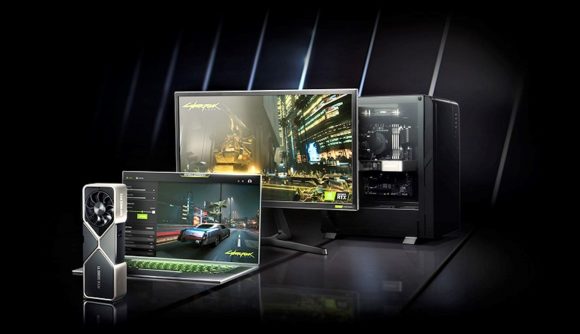 Nvidia’s DLSS plays a vital role in gaming PC performance today, as the tech allows players to balance visuals and boost fps in games like Battlefield 2042  and Back 4 Blood. Despite this, DLSS 2.3 launched last month with a distinct lack of announcements, meaning it’s still somewhat under the radar. Thankfully, it looks like the latest update will get its chance to shine after all, as a new promotional video claims the graphics card tool is better than “spatial upscaling” options, like AMD’s FidelityFX Super Resolution.

Spotted by Videocardz, Nvidia’s video celebrates its DLSS AI tech and details its progression since it launched three years ago. The green team’s Vice President of Applied Deep Learning Research, Bryan Catanzaro, also uses side by side comparisons to show off the differences between the RTX GPU exclusive feature and other solutions.

While spatial upscaling tends to be associated with blurry visuals, DLSS 2.3 is set to expand upon the achievements of its predecessor, with reduced ghosting, flickering, and improved motion vectors. To help consumers see the difference between DLSS and traditional scalers for themselves, Nvidia also has a free image comparison tool on the way dubbed “ICAT”, something that should come in handy for analysis and benchmarking.

Of course, Nvidia’s examples make it easy to understand the company’s confidence, with games like Necromunda Hired Gun benefiting from a 52 fps increase when using DLSS 2.3 performance mode. This is something that could allow PC gamers to get the most out of upcoming GPUs, like the rumoured RTX 4000 series, without compromise. 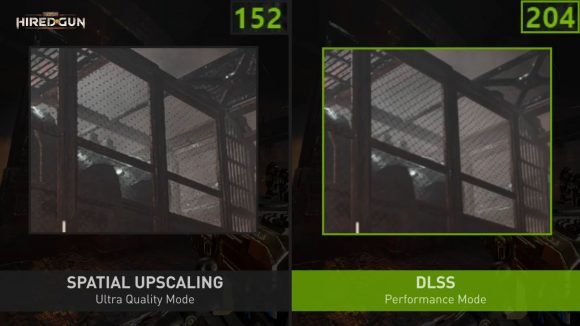 Nvidia has since removed its promotional DLSS video, but it’ll likely re-emerge online as part of an overarching campaign. While the green team seems to be fairly confident in its AI upscaling, reinforcing its abilities could play a vital role in its future success, especially since Intel’s answer to DLSS could be compatible with graphics cards across the board.