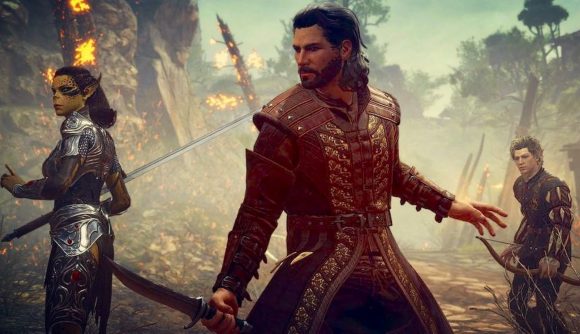 Nvidia’s DLSS is arguably one of the best graphics card features available to gaming PCs today, as it lets players boost fps without much visual compromise. While not every release supports the green team’s upscaling, Nvidia has unleashed the AI witchcraft on a bunch more games, including Baldur’s Gate 3, Crysis Remastered, Chivalry 2, and more.

If you’re familiar with Larian Studios’ epic RPG, you’ll know that it’s a gorgeous experience, especially when running at 4K. As you’d perhaps expect, running the game at higher resolutions while maintaining above 60fps is an ambitious feat, and requires a high-end GPU, like Nvidia’s RTX 3080 Ti. Yet, with DLSS enabled, Nvidia says Baldur’s Gate 3’s frame rate receives a boost of up to 88%, meaning even cards like the RTX 3060 Ti can run the D&D inspired fantasy at ultra resolutions.

Baldur’s Gate 3 isn’t the only new addition to the DLSS fold, as Crysis Remastered, Chivalry 2, and Back 4 Blood will also come equipped with the AI tech. Of course, if you’re running Back 4 Blood on the older, and recommended GeForce GTX 970, you won’t be able to enable Nvidia’s fancy scaling. However, you should still be able to get the most out of Turtle Rock’s Left 4 Dead successor using our best Back 4 Blood settings guide. 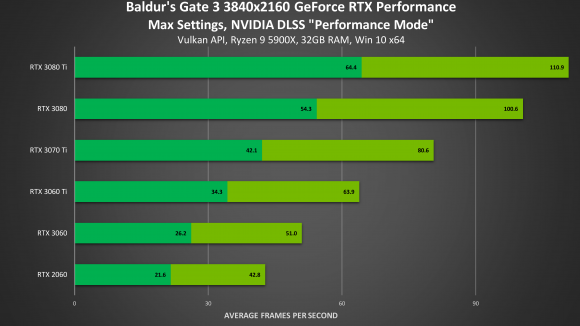 It’s worth noting that Nvidia’s DLSS figures are based on in-house benchmarks, so your own tests could yield different results. That said, it looks like DLSS is about to make a bunch of games more playable at 4K 60fps on lower-spec graphics cards. Naturally, this is sure to be a relief for anyone struggling to get a hold of a new GPU due to the ongoing shortages, as it means even the RTX 2060 will be able to run some new releases at a decent resolution and playable frame rate.