After the subdued launch of Nvidia’s GTX 1650 GPU, the full 16-series graphics card stack is now out in the wild, but should any of the new cards have a future place in your PC? We’ve tested the reference-clocked versions of all the new GeForce GTX Turing GPUs to see where they stand, and whether they’re worthy of your hard-earned cash-money.

Nvidia has launched a two-tier approach to its GPU stacks, first you have the upper class RTX 20-series graphics cards, such as the RTX 2080 for the well-heeled PC gamer with cash to burn, and then you have the GTX 16-series… for the proles. These are more your classic type of graphics card, without the fancy ray tracing and deep learning gubbins of their RTX superiors. Well, sort of.

The Turing GPUs at the heart of the RTX cards have specific silicon baked into them which allows for advanced graphics acceleration. Specifically for the complex, computationally intensive algorithms that deal with the hybrid rasterization techniques delivering our first taste of real-time ray tracing in gaming.

They also have the Tensor Core AI chops to deal with the calculations needed for the deep learning super sampling tech which actually allows ray traced games run at playable frame rates.

Read more: These are the best graphics cards to buy this very day

The GTX-based Turing GPUs, however, have none of that silicon goodness, instead using a cut-down version of the latest Nvidia architecture. Gone are the Tensor Cores and gone are the RT Cores, but you do still get Turing’s concurrent floating point and integer operations, enabling speedier processing of modern game engines, and the architecture’s unified cache design.

Nvidia has unlocked ray tracing support for all GPUs from the GTX 1060 and up, but without the dedicated hardware it’s a hard sell for the 16-series whose graphics silicon really struggles with the demanding calculations necessary for the hybrid rendering system.

But the 16-series can still bring all the rasterizing ruckus, and offers more advanced silicon than the ol’ GTX 10-series cards, and for a whole lot less than the wallet-bruising pricing of the RTX 20-series. But with the full GTX 16-series family now on sale which is the card the parsimonious PC gamer should be dropping serious dollar on?

The poor GTX 1650. It tried, it really did, but its TU117 GPU delivers performance that even its parents have a hard time loving. The wee thing had a bit of an awkward birth, with Nvidia stepping back from sampling and it even withheld testing drivers until the day of launch. The GTX 1650 was a card Nvidia had to make to round out the stack, but it was an unwelcome third child, and was almost just immediately dumped at the door of the GPU orphanage.

But that’s not really the GTX 1650’s fault and is mostly just the result of what the competition has been doing and because of the way the market was set up in the first half of 2019.

Because the aging Radeon card is based on an old design, and one which ended up being made in bulk as a result of the GPU mining fad, there are still a whole heap of them left in the channel. And, with Navi on the way before the autumn, prices for the RX 570 – and the RX 580 as well as the RX 590 too – have been tumbling.

And tumbling to the extent that this second-tier Polaris card is now cheaper than the old GTX 1050 Ti has been retailing for. Unfortunately that’s the card Nvidia is replacing the 1650 with, and this later Turing card is not coming in cheaper…

It is faster than the GTX 1050 Ti, but often loses out in performance terms compared with the RX 570. It’s sometimes close, which does explain why Nvidia seemed to want to pretend the launch wasn’t happening. And it also begs the question: who would buy a GTX 1650?

Honestly, there actually is one very specific niche of PC people that absolutely should: those with some creaking old office machine, some black box HP or Dell monstrosity, who want to do a little light gaming on the side.

Like the GTX 1050 Ti, the GTX 1650 requires no external power; it takes all it needs from the motherboard it’s connected to. And that means any PC with a PCIe-based board (essentially any machine released in the last decade or so) can be instantly upgraded to serious 1080p gaming performance for just $149.

As a drop-in gaming upgrade, it’s the fastest and easiest GPU to boost the power of your weak-heart desktop machine. But, for everyone else, the RX 570 is the cheaper, faster option… and the one which we’d recommend as the best budget graphics card. 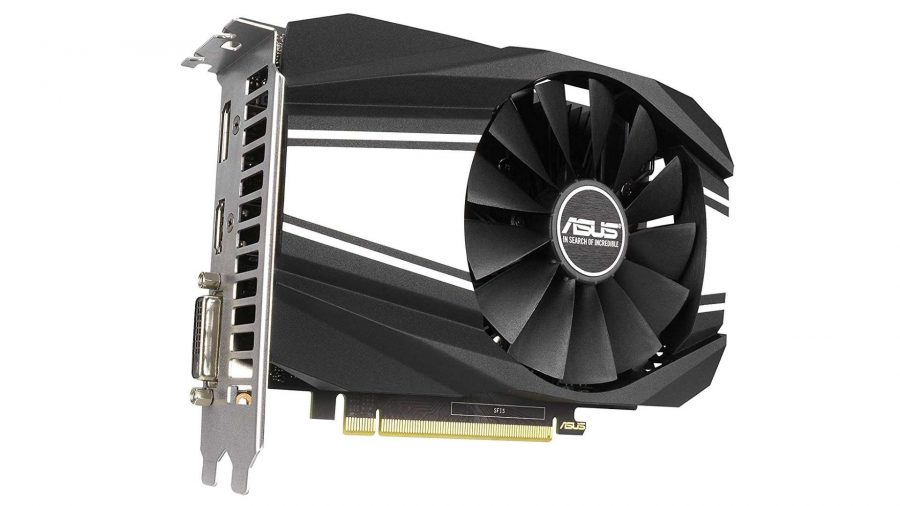 The GTX 1660 had one mission – to kill AMD’s Polaris range of cards. It launched after the GTX 1660 Ti took over as the best sub-$300 GPU, with that Turing card offering GTX 1070 gaming for GTX 1060 money. But, like a surgically altered stealth assassin, it was parachuted into the GPU market in the perfect position to take on, and take out, the RX 590 and 580.

Priced and specced specifically at a similar level to the top-tier AMD Polaris cards the GTX 1660 represents the smallest cut Nvidia has ever made to a GPU when making a derivative card. The TU116 GPU at its heart has 22 SMs instead of 24, which means you’re only losing a total of 128 cores, giving it 92% of the GTX 1660 Ti’s core count. Nvidia did make the switch from GDDR6 to GDDR5 video memory, but at this level that move doesn’t make a huge difference.

With the 6GB GTX 1660 retailing for around the $200 level it’s hard to argue with its pricing or its performance, and that means it’s almost impossible to recommend either RX 580 or 590 anymore. That was its whole raison d’etre, but the one problem is that it doesn’t really raise the bar by much at all. It’s there for a single purpose, but is essentially offering the sort of pricing and performance that we pretty much already had with the AMD cards.

Anyone already sitting on a mid-range GPU of yesterday then has no tangible reason to think about upgrading to the GTX 1660 today. 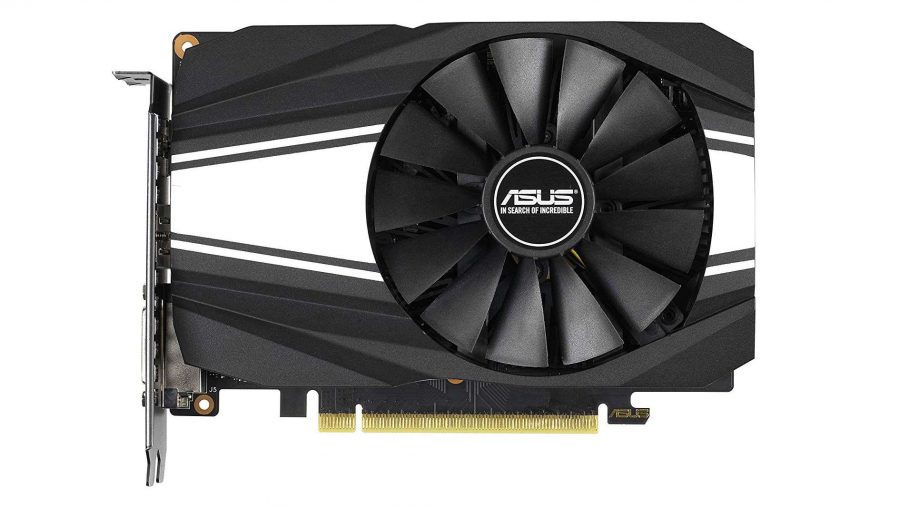 Right now the GTX 1660 Ti is our pick as the best graphics card around. Sure, the RTX 2080 Ti is the outright fastest GPU available, but most of us can’t even begin to consider spending $350 – $500 on the lowest tier of RTX 20-series graphics card, let alone over a grand on the highest performing. And so that leaves the 1660 Ti as pretty much the ceiling for graphics cards that actual humans would buy.

Which is fine by us, considering you’re getting that GTX 1070-level gaming performance at an unprecedented price level. Well, unprecedented until the 16-series launched, anyway. That’s because now you might find the occasional lost GTX 1070 turning up in the shops for less than the price of a 1660 Ti.

But those are getting more and more rare, as the elderly GPUs are starting to die out (or rather just disappear from the etailers’ warehouses anyway). You might still find the odd one second-hand for a good price too, but such is the work the average graphics card has to put in over its lifetime that we’re still not 100% sold on how positive the second-hand market is. You might get lucky, but there is always a risk.

In terms of its underlying specs, the 1660 Ti has the full-fat TU116 GPU, sporting 1,536 CUDA cores, and 6GB of new-fangled GDDR6 memory. It’s the all-important fangling that really make the new video memory worthwhile, trust us.

The top-tier 16-series GPU comfortably beats the best of AMD’s mid-range Polaris cards, and offers both 1440p and 1080p gaming performance that requires very little compromise on most games’ graphics settings. For us, then, if you’ve got a hard maximum of $300 for your next GPU upgrade this is the only card worth your cash right now… but that could be about to change. 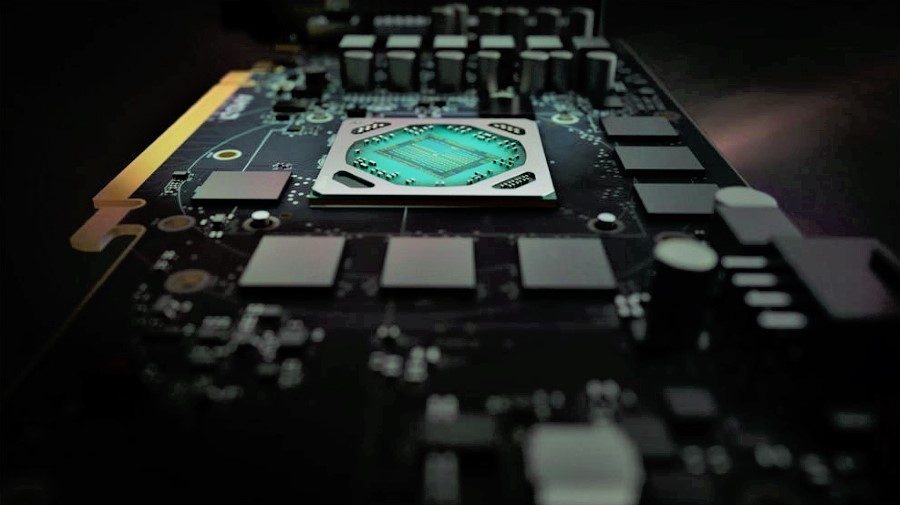 Should you wait for AMD’s Navi?

So there it is; unless you’re upgrading an ancient office PC left over from the industrial revolution (that was around 2009, right?) then the only 16-series graphics card you should really be considering is the GTX 1660 Ti.

The 1650 has its very specific niche, and the GTX 1660 does work as the $200-limit budget option, but the GTX 1660 Ti is the one which offers both a tangible upgrade, and serious gaming performance, for a decent price.

But AMD isn’t just going to sit on the Polaris GPU architecture for ever, and the new AMD Navi graphics silicon is set to arrive very soon. The company’s CEO, Dr. Lisa Su, has promised a launch before the end of September, and we’re expecting the new cards to drop well before that deadline.

And you know how laser-focused AMD is on price, which means you can bet your precious PC on team Radeon releasing a mid-range Navi that ably skewers the 16-series GPUs in terms of both price and performance.

Sure, Navi is almost guaranteed to arrive with a better price/performance ratio – it’s got a clearly defined 16-series target to aim at after all – and if you’re happy waiting a couple months then go for it, but by then we’ll probably have heard strange rumblings about some Turing refresh that’s potentially just another few months away… and the PC hardware cycle will continue to rumble on.

Hell, you could always wait for Intel Xe…