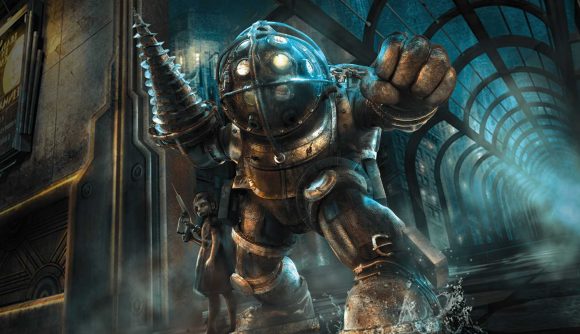 Nvidia’s RTX technology comes with an impressive arsenal of gaming PC enhancements, from DLSS AI rendering to mesmerising ray tracing techniques. Unfortunately, RTX compatibility isn’t a given and developers must weave the feature into games both old and new. However, thanks to a recent Geforce Now server datamine, it looks like the classic retrofuturistic FPS game, Bioshock, could be getting an RTX makeover.

Discovered by developer Ighor July, the Geforce Now leak mentions various other unannounced games; like a Final Fantasy IX remake, Resident Evil 4 remake, and, as Windows Central points out, a remastered collection of classic Grand Theft Auto titles. Bioshock remastered is the only game on the list with ‘RTX’ fixed to its title, which suggests that it could go above and beyond its 2016 predecessor.

Bioshock still looks fantastic, and the game’s most recent remaster brings a lot to the table in terms of fidelity. Nevertheless, being able to explore a ray traced rendition of Rapture would enhance the game’s experience tenfold. On top of that, the prospects of DLSS could boost fps to make 4K resolution playable at a high frame rate with minimal visual compromise.

Ighor July’s Geforce Now findings have since been verified by Nvidia (via Wccftech), but the company claims that the information is speculative. While this doesn’t necessarily eliminate the potential eventuality of the game list, it does mean that there’s no promise these classics will get the modern treatment just yet. Therefore, you should probably treat this leak as a rumour and take it with the usual grain of salt.