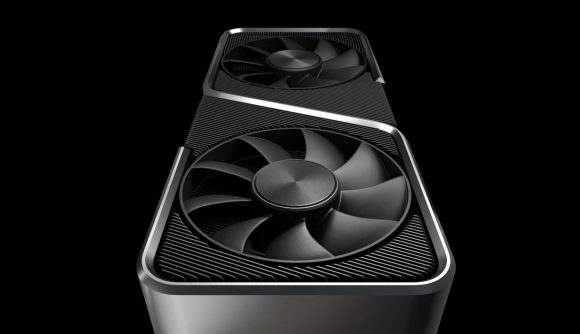 The RTX 3070 Ti and RTX 3080 Ti could be with us before the summer, according to a new report from Videocardz, which outlines the specs and release dates for the two new cards. And with the amount of horsepower touted under the hood, both of these GPUs have serious potential to make it onto our best graphics card guide.

An earlier rumour that the RTX 3080 Ti could be set for an release next month is fueled further in this report, with a GPU marketing kit for AIB partners allegedly releasing early next month in preparation for a mid-April release. It looks like the 3080 Ti has been downgraded from 20GB of VRAM for good, once again claiming the card will launch with 12GB of GDDR6X VRAM, along with 10,240 CUDA cores – 17.6% more than the 3080’s 8,704. We’ve got a roundup on everything we know about the RTX 3070 Ti, if you want a more in-depth look.

Then, just one month later in May, the RTX 3070 Ti could be arriving – but once again, good luck getting your hands on one with the dire GPU stock issues. This new report claims this card will have 8GB of GDDR6X VRAM, along with a GA104-400 GPU containing 6,144 CUDA cores. If true, that’s only a 4% CUDA core increase over the standard 3070, although higher-bandwidth GDDR6X VRAM is used.

After the nerfing of the RTX 3060 against Ether mining failed miserably, we’ll have to wait and see whether Nvidia has another shot at an anti-mining algorithm with these new cards.