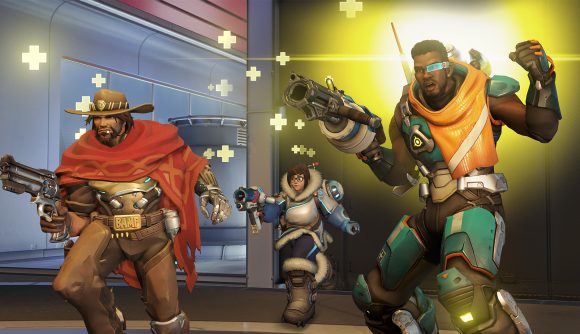 Overwatch is turning three years old this summer, and in accordance with tradition will celebrate the date with a three-week anniversary event that brings back all the seasonal brawls and loot from the past.

The Overwatch Anniversary event will kick off May 21 and run through June 10. During that time, you’ll be able to earn new skins, dances, sprays, and other items. You’ll also be able to pick up all the seasonal loot that’s appeared in previous years. Just for logging in during the event, you’ll receive a bonus Legendary loot box, and players who buy 50 loot boxes over the course of the celebration will receive an additional free anniversary loot box.


If you haven’t gotten around to Overwatch yet, you’re in luck – Blizzard is holding a free trial period for the game during the anniversary celebration as well. You can play for free from May 21-28, during which you’ll be able to play the full game and earn the same cosmetics for the birthday event.

Let’s get this party started!

The Overwatch Anniversary celebration begins on May 21! pic.twitter.com/pEh1upfdIv

The three heroes getting new dance emotes – Wrecking Ball, Ashe, and Baptiste – have all been introduced in the past year. Wrecking Ball recently received a new highlight intro that pays homage to the Dramatic Chipmunk of internet fame.

Heroes never die: The details on the latest Overwatch update

Again, once the event goes live, you’ll be able to pick up past seasonal cosmetics, and some of those have been pretty iconic, like Soldier 76’s Barbecue Dad skin from last summer. It’s as good a reason as any to hop back into Blizzard’s team-based shooter.