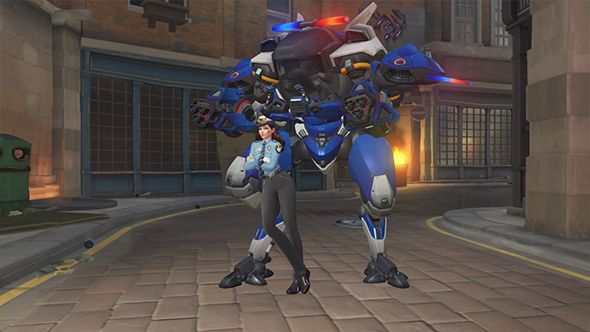 If you want a quick way to avoid teaming up with a particular Overwatch player, the “Avoid as Player” button seems to be your ticket. It’ll prevent you from matchmaking with a certain player for a week, perfect for when there’s no reportable action but you’re just not getting along. You can avoid two players at a time, but can replace those two slots at any point.

Here’s our guide to picking the best Overwatch characters in each class.

Jeff Kaplan posted to the official forums today to say the feature will go live on April 10, alongside the launch of Retribution and the Overwatch Mission Archives. It’s a safe bet that most of the changes from the current PTR will go up at the same time.

Original story, March 25:Blizzard are currently testing a new Overwatch feature that will let you opt to avoid another player as a teammate. The new function is available now on the PTR.

Dubbed “Avoid as Teammate,” the new feature will let players keep from getting matched with people they’ve had bad experiences with.

“Sometimes those teammates can cause frustration, and at times it feels like you’re kind of helpless with no control over the situation,” said Overwatch director Jeff Kaplan in the latest Developer Update, which you can watch above.

Setting another player to “Avoid as Teammate” will prevent you from getting matched with that player for seven days, Kaplan explained. After that, they’ll drop off the list, and you’ll have to select the option again if you decide to keep avoiding them.

“You might see this person on the other team, but they shouldn’t be set to be your teammate for seven days,” he said.

Kaplan says this is a good option for situations where players just aren’t getting along, even if there’s no reportable behavior (i.e., harassment) going on. But it’s also usable as a way to instantly get away from another player you have reported.

Naturally, this feature could easily result in longer queue times, particularly for players in higher skill ratings or small regions, particularly during off-peak hours. Kaplan says they’ve limited each player to two “Avoid as Teammate” slots to help keep this from becoming too much of a problem. A new interface element will let you easily manage your “Avoid as Teammate” list.

Another issue Kaplan mentions is the case of players who have large numbers of other players opting to avoid them.

“You’re going to get a warning when you log in that says, hey, a lot of people have avoided you as a teammate,” he said. When that happens, Kaplan said players need to think about why they’re being avoided and hopefully make corrections, but also to be aware that they’re likely to run into longer queue times during that week.

The new feature is live on the PTR now, and Kaplan says they’ll be watching closely to make sure it doesn’t hurt matchmaking fairness.