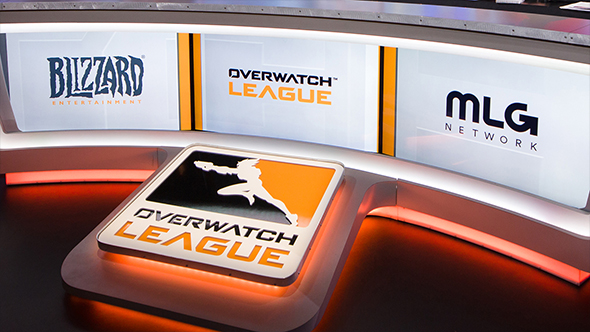 Update, March 26: The Overwatch League has responded following the leak of the league rules last week.

The full Overwatch League code of conduct leaked late last week, shedding light on the specifics of the organization’s expectations for players and teams. Those details raised some new concerns, in particular a provision granting the league rights to use 24/7 cameras in team houses for the production of reality TV-style programming.

Curious about pro play? Here’s everything you need to know about the Overwatch League.

An Overwatch League spokesperson tells us that “the league rules, which include the code of conduct, is a living document created with input from teams and players. They’ve had a copy of the rules doc since the inception of the league, and we posted a summary of it on overwatchleague.com back on February 20. Being a living doc, it’s evolved over time based on active and extensive private discussions with the teams. As with other professional leagues, we don’t discuss line-by-line rules matters publicly, but if you have any questions about the rules, we refer you to the summary we posted several weeks ago.”

So the rules have changed based on feedback from teams, though it’s unclear precisely what changes have come into play since the version of the rules that was leaked was finalized. Upon publication of the leaked document last week, esports broadcaster Richard Lewis cited inside sources in saying the “section on how many professional players can stream together” was changed, though no new version of the rulebook had apparently been issues.

Original story, March 24:What appears to be the official code of conduct for the Overwatch League has been leaked, and it covers a wide array of behaviors for pros, both in and out of official competition. Esports broadcaster Richard Lewis uploaded the scanned document to his site, saying that he hopes it will “lift the veil on any potential unfair conditions that players may be contractually obligated to tolerate.”

The 35-page file is actually two separate documents: one is the Player Streaming Policy, which covers what League-affiliated players can do on their personal streams, while the second is the Official Rules, Terms, and Conditions Version 1.0. This is the full set of rules, rather than the rules summary released in February.

Before kicking off this season in January, league commissioner Nate Nanzer said he planned on making the full rules available to the public, but the summary is the only official release we’ve seen to date.

As Kotaku notes, the rules are broadly written to cover a wide array of player behavior, including language and gestures on streams, product endorsements, and even what their fans say in chat.

Players aren’t allowed to accept sponsorships from tobacco or cannabis companies, from gambling sites or casinos, or from adult websites. The rules go further to say that the League can require players to take down any content they’ve posted, and that the League can use players’ streams of Blizzard games for “any purpose.”

Earlier this month, the Overwatch League handed down penalties to several pro players, including Félix “xQc” Lengyel of Dallas Fuel. Lengyel was later released by the team, but his replacement, Minseok ‘OGE’ Son, has already been suspended for four games for account boosting.

The final section of the rulebook is perhaps the most invasive, however. It grants the Overwatch League complete rights to create reality TV programming based on players’ lives “using persistent 24/7 cameras that may be placed in the Team House, training facility, competition venue and other locations frequented by team members.” Bathrooms are the one exception listed.

That’s an awful lot to agree to for a $50,000 base salary, and it’ll no doubt be a point brought up in negotiations should Overwatch players decide to unionize.