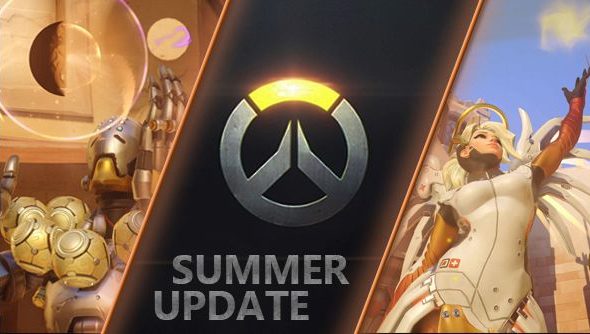 The Overwatch development team has been extremely open about what’s happening with the game going forward. So much so that we have a good idea of how things will look moving into summer and beyond. As a partner to our Overwatch patch notes and Overwatch PTR posts, which let you know how the game is now and what’s being actively tested, we’ve gathered everything Blizzard have said about what happens next.

While we’re at it, here’s all the info we have on new Overwatch heroes.

We’ve split this into sections based on rough estimates of when different features are planned for. In cases where we don’t know, we’ve estimated based on perceived workload, but make it very clear that it is our estimation, not Blizzard’s. On that note, at least over summer it looks like we can expect one major patch at the end of each month. The first, in June, will bring the competitive play patch currently being tested on the PTR. That said, there is no big summer Overwatch patch – what’s listed here will likely be split across several updates through the season.

It’s worth noting that none of this is guaranteed. Game director Jeff Kaplan and the Overwatch team have been more open than most development teams about what they’re working on, specifically under the caveat that plans do change, delays can happen, better ideas pop up and life gets in the way. There’s a lot of things Blizzard would like to do here, particularly planned for further down the line – that doesn’t mean they’ll get around to it, or it will be in a predictable form when it launches.

Most recent changes:We’ve gathered everything coming next in Overwatch into a new, regularly updated post. 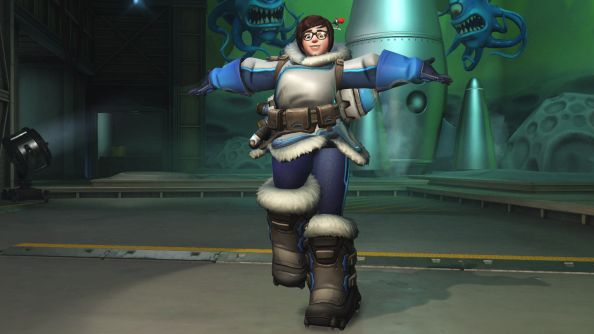 In a post on the forums, Kaplan confirmed a decimal-based mouse sensitivyt slider was on the way and would hit in the July-August window.

Also confirmed by Kaplan on the forums as happening this summer, though no months were given. Since golden weapons are happening in the June patch, July/August seems like a fair estimate to us.

Backfill refers to being put into games where players have left, and it annoys players as it often leads to quick losses. A bugfix is currently on PTR to make it so backfilling never results in a loss on your profile, but Kaplan has said that they want to improve it further. Given improvements are already being made and it’s a fairly major game feature, we expect these to happen sooner rather than later.

A number of changes for custom games were confirmed to be on the to-do list by Kaplan. They are:

Kaplan also mentioned in his big future post that making it easier to get into custom games and to have them grant XP was on the to-do list.

This feature is already in competitive mode, Kaplan says they’ll look into adding it to Quick Play if the reaction is positive (which it has been so far).

Addition of an Overwatch game clock

Kaplan said that the team would look into this. As he mentions it’s present in other games so it shouldn’t(™) take too long to implement.

D.Va’s been described as on the lower side of balance by hero designer Geoff Goodman and is being looked at for improvements. It’s been a while since that was posted so it’s possible opinions have changed, but if not expect the next balance patch to have changes her way. Here’s some more details on the direction they’re thinking of, and Kaplan also mentioned it in this Eurogamer interview.

Kaplan confirmed in a forum post that Hanzo’s Okami/Lone Wolf skins would be getting a sound change to the ultimate to bring it more in line with the basic version.

Roadhog will have his golden weapon set expanded to include his hook in a future patch, according to community manager Zoevia on Reddit Chances are this will also involve golden versions of other ‘extra’ weapons like Symmetra turrets and Junkrat’s Rip-Tire. She didn’t give a time-frame other than “after competitive play launches” but it was implied it wouldn’t take long.

We heard Blizzard were“discussing”wider screen resolutions, and now it’s been confirmed as “late July – give or take” according to Jeff Kaplan. Presumably the problem comes from wanting to maintain a fair gameplay experience between different aspect ratios.

Overwatch Play of the Game improvements

Kaplan specifically mentioned making Plays of the Game “more cinematic” in his interview with EG, and that he hoped they’d get to it during summer. Doing this should allow the system to become more robust, as more things will look cool.

In a massive post, Kaplan laid out the whole current matchmaking system, as well as saying they’re constantly improving it. This most likely won’t even be called out in notes every time it happens, just know that things are being tweaked to give better matches pretty much all the time.

Similar to matchmaking, social improvements are being developed and implemented constantly, though normally will be called out in patch notes, as we see on the PTR currently. This was covered in Kaplan’s big future post. Elsewhere he also talked about hiding the chat box.

The team, and parts of the community, aren’t entirely happy with how long overtime can go on for, particularly when players use immunity-granting abilities to lengthen it as much as possible. They were recently testing changes, and Kaplan says these should be in a patch sometime soon. Once this is implemented, they’re going to look at the way capture works during regular time too.

The ranking system that governs competitive play is still getting numerous tweaks, specifically regarding players leaving the game before it ends and how that affects the adjustment. This was meant to be fixed in a patch, but according to community manager Stephanie “Lylirra” Johnson, it didn’t take.

Not a lot of info on these beyond that it’s happening, but again, they’re constant efforts.

Kaplan’s said that new heroes won’t be released in batches, but that several are “very far along” in the production process. They have been promised for this year but no further timeframe given – it seems unlikely we’d hit the end of summer before the first would be added. You can see all the rumours for what’s coming in our dedicated new Overwatch heroes post.

Pretty much a “see above” situation here – there are some very far along in development, and three months or more of release without adding any would seem a poor decision.

Kaplan posted that they were “very interested” in making it possible to buy copies of Overwatch for friends on Battle.net. You can already do this with other Blizzard games, so chances are it won’t take too long to implement once the appropriate team gets round to it. 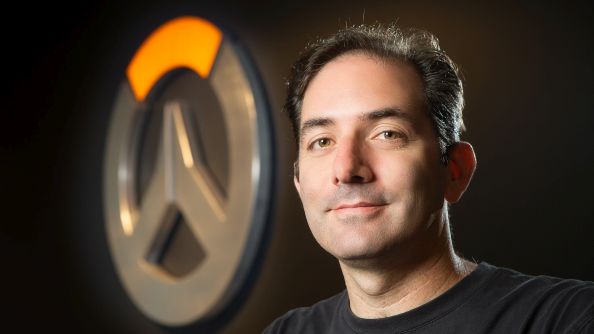 As detailed in our dedicated news post, Kaplan confirmed that the Sudden Death coin flip mechanic would be removed from competitive play for Season 2, along with other changes to reduce the number of draws in normal time and add time banking to Hybrid and Payload map modes.

Kaplan said on the forums that this is a lower priority than highlights improvements, and is therefore “not on the immediate horizon” but they do have a system working internally.

Expanding on that in his massive “what’s happening next” post, Kaplan said that despite improvements already made, more could be done with the spectator UI. No immediate timeframe on that, though Kaplan did post again saying that they want to make it possible to spectate friends’ competitive games.

Specifically described as “more long term” in, again, Kaplan’s big future post, further improvements to progression and cosmetics are planned. This includes the possibility of a random pose/highlight intro function and the ability to equip multiple sprays or voice lines. Here’s Kaplan also saying they’d like a random cosmetic option.

This has been discussed a few times, and refers to the servers that can currently be selected in custom games that provide a higher bandwidth connection, thus reducing the amount of times you’re shot despite using abilities. The team wants them to be used in competitive and quick play, but requires tech challenges to be overcome and bugs fixed before they can be, as explained in theEurogamer interview with Kaplan.

Obviously, Blizzard want to make more of their incredibly successful animated shorts. Timing is more of the question. While we’d love to believe more will hit before the end of summer, Blizzard won’t want to release them without having a season ready to go one after the other. Equally, these things take time, and will need to start telling a coherent, connect story soon – plus, that cinematics team does have other projects to get on with.

Weekly brawls will one day offer rewards of some kind, though no information on what yet.

This one is likely a long way’s off, but David Clyde, a programmer, confirmed on the forums that Blizzard would like to do XCOM 2-style nationality-based language select for hero voice lines, for an extra touch of realism. It isn’t supported by the code currently, but he wants to “make it work in the future.” 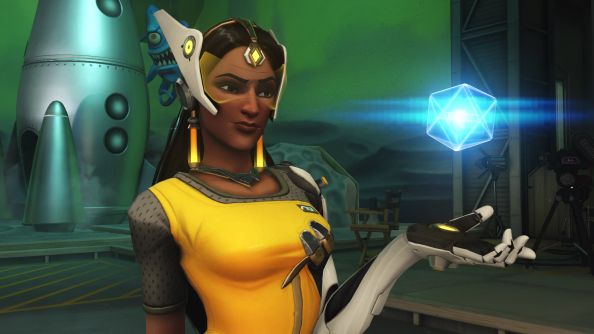 Features not coming to Overwatch

This section is for things that the team have explicitly said they don’t want to do, can’t do or isn’t worth the time investment.

For either currency or loot boxes, Kaplan says the team “aren’t super keen” on doing these, at least as far as they’re implemented in Heroes of the Storm and Hearthstone. They don’t want players creating poor team comps because they want to finish, for example, their offensive class daily when their team desperately needs a tank or support.

They tried this and it didn’t work across the board, then felt weird on specific characters.

That’s the future laid out for you! Did we miss anything? Let us know in the comments below.