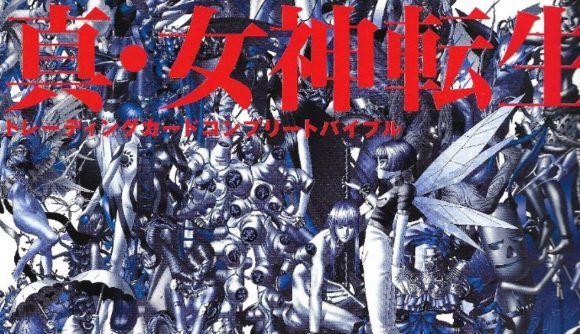 We’re getting another Persona PC port, but it isn’t from Atlus and it isn’t a videogame. It’s a Persona trading card game that started in 1997, and has been out-of-print since 2004. An avid collector has acquired a full collection and has started to digitize all the cards and rules, so fans will have access to the series relic.

In a post on ResetEra (via VG247), user weaK_willO posted a slew of images of the Digital Devil Story Trading Card Game – Digital Devil Story being the original name for the Megamie Tensei series that Persona comes from. Atlus collaborated with a compant called Enterbrain on the cards from 1997 through 2003, before Media Factory took over. The game was subsequently discontinued in 2004.

The first reply on the ResetEra thread says they’d no idea this existed, which isn’t surprisingly since, at time of writing, the series’ Wikipedia page doesn’t mention this either.

Atlus brought Persona 4 Golden to Steam just a couple of weeks ago. The studio developed the port internally, and has kindly requested anyone playing not spoil it. We have lists of the best RPG games, best anime games and best open-world games, if you want more Persona-esque role-playing or escapism, and if you’re lucky whatever you look for might have a good reduction in the Steam summer sale.