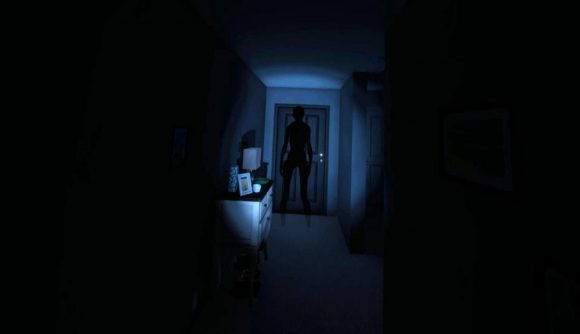 Co-op ghost game phenomenon Phasmophobia is plenty spooky enough: you’re creeping through houses looking for ghosts, and sometimes you actually find ghosts. In the latest beta build, things get even spookier, because the ghosts can actually touch you, the player. Physically.

We should point out that certain conditions have to be met for this to happen. First, you have to be wearing a haptic feedback bodysuit by bHaptics – a company that makes cool-looking vests to use in VR to get that extra feeling of immersion. The latest Phasmophobia beta build adds in support for these tactile suits and face coverings, and so presumably, the next time you’re searching an empty house for what’s haunting it, that presence will be able to make itself felt – literally. All you have to do is dress the way Andy Serkis does when he shows up on the set for just about any big feature film.

There’s a whole list of additional changes as well. The beta includes a new system for scoring photo rewards that’s based on your proximity to the subject, rather than just giving out a random reward. You’ll be able to see the quality of the photos you’ve taken in the in-game journal.

The crucifix will now change in appearance each time you use it, rather than simply disappearing once you’ve used it up. Each player is getting their own unique colour on the map, and the developer has implemented a new rendering path that will (hopefully) fix some VR-related graphical issues without tanking performance.

A new beta update is out, which includes the support for @bHaptics #Phasmophobia pic.twitter.com/QA0mUHHrgS

The ghost is getting the ability to potentially blow out candles if it’s in a room where candles are lit but the room light is off. Scary.

Finally, there are five new objectives:

Earlier this month, the main branch of Phasmophobia got a major update meant to make the game “much more stable.” Check out our guides to Phasmophobia ghost types and Phasmophobia sanity effects if you’re getting ready to go ghost hunting for the first time.