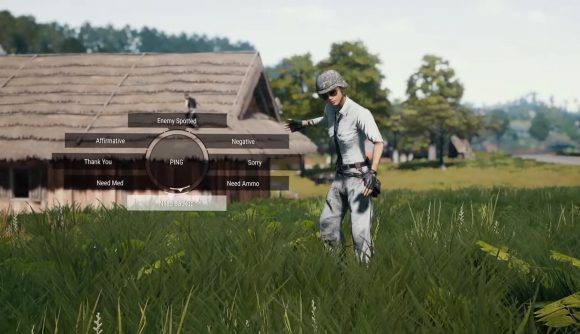 PlayerUnknown’s Battlegrounds might not be at the front of the battle royale pack any more, but it’s still thundering along, adopting new ideas as they hit the genre. The latest patch is a big one, and it adds in the oh-so-handy ping system from Apex Legends.

Patch 30 includes a host of new features, and it’s out now. There’s the new Deagle handgun, which can take out a level 3 helmet in two well-aimed shots. Using the flare gun, players can now call in the BRDM-2 – an armored, amphibious assault vehicle that replaces the up-armored UAZ and has considerably better survivability.

But perhaps the most game-changing addition in Patch 30 is the radio system, which pulls up a radial wheel of standard messages (“I need healing” and “sorry,” for example) to send over text to your teammates. Using the middle mouse button or F3, you can also use it as a context-sensitive ping for enemies, items, or directions you want to head in. That system has been extremely effective in Apex Legends, enough so that it’s been added into both Fortnite and CS:GO’s Danger Zone.

Here’s a video that highlights the marquee changes in Patch 30: 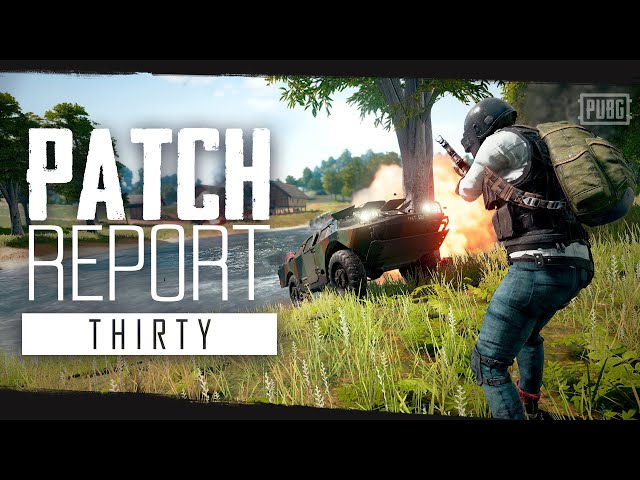 The other big feature in 30 has to do with traversal: the ledge grab system. Now you can jump and grab ledges up to 2.5 meters high, or leap across gaps and grab a ledge on the other side. This system opens up a host of previously inaccessible areas on PUBG’s maps, which means all new places to hide in, snipe from, or ambush enemy squads from.

King of the mountain: The best battle royale games on PC

The full patch notes can be found over at the official site. I haven’t played PUBG in quite a while, but there’s enough interesting new stuff in this patch that I’m tempted to reinstall it and have a look around. Jumping in that BRDM and just driving under the bridge sounds like a pretty good time.