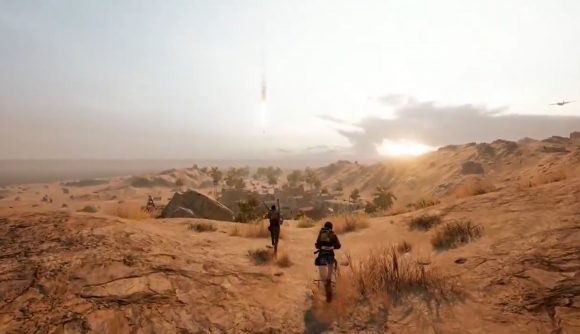 PUBG’s new map Karakin is here, bringing the smallest arena Player Unknown’s Battlegrounds has seen yet. But it seems the 2x2km map’s loot system has needed a little adjusting hot on the heels of its launch – developer PUBG Corp. has increased the amount of Karakin loot spawns.

As spotted by The Loadout, the battle royale game’s Karakin loot update follows player feedback from the map’s testing phase and early experiences of its full release, as the studio explains on the PlayerUnknown’s Battlegrounds Subreddit. The devs have “now implemented a hotfix on PC to increase and rebalance loot on our newest Battleground”, agreeing with feedback that “feeling a need to rush and breach a tunnel each match to get that sweet, sweet loot just didn’t feel great.”

It seems Karakin’s small size and intense, immediate combat has left some players struggling a little in a match’s early stages so far, with fewer loot spawns somewhat restricting gear options. Factors such as the busyness and loot availability around drop-in points and fewer sniper rifles and sights in the map appear to have contributed to player concerns.

Fortunately for fans of the new map, “to ensure you can drop in and loot up quickly above around, we’ve rebalanced loot spawns to improve your overall experience. There’ll now be much more loot to go around for you and your squad”, the devs explain. Sweet.

We look forward to hearing your feedback on these changes.

There are now increased 2x, 3x, and 4x scopes, too, as well as more healing/boost items and SR/DMRs above ground, with a “modified ratio of total SR/DMR muzzle attachments due to increased spawn rate of those weapons” included. Plus, PUBG Corp. has reduced the amount of melee weapons, magazine attachments, and canted sights that pop up in Karakin – and the sawed-off shotgun’s now gone from the map, too.

If you’re a fan of the battle royale, you might find our PUBG guide and pointers about the PUBG weapons handy ahead of your next match.