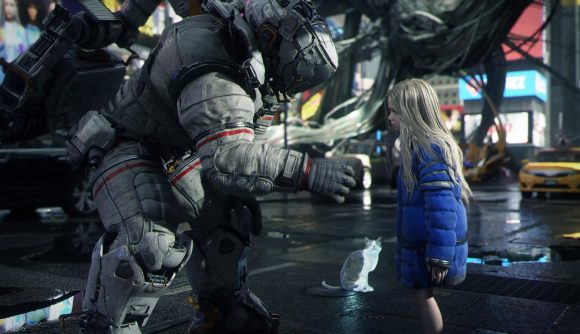 One of the weirder reveals at Sony’s PlayStation 5 event June 11 was Pragmata – its trailer blends a high-fidelity vision of the present day with inexplicable future-tech and plays with the viewer’s perception of reality. Publisher Capcom has revealed that the game will launch in 2022, and it’ll be available on PC through Steam when the release date arrives.

In the trailer, Pragmata looks compellingly strange in a way that had our staff wondering at first if it was a new Hideo Kojima project, but as it turns out, it’s not – it’s just set in a dystopian future, and stars an armoured astronaut and a little girl who seems to have special psychokinetic abilities, possibly thanks to cybernetic enhancements. The pair is also joined by a ghostly hologram cat, which may also have cybernetic implants.

The trailer shows the trio meet on a city street full of abandoned cars, neon megaplex screens, but no signs of life until the astronaut fires a canister of some kind that reveals holographic traces of people going about their daily lives in the city. The tranquility of the scene is shattered – literally – when a massive satellite smashes through the sky, which is revealed to be an electronic screen itself. 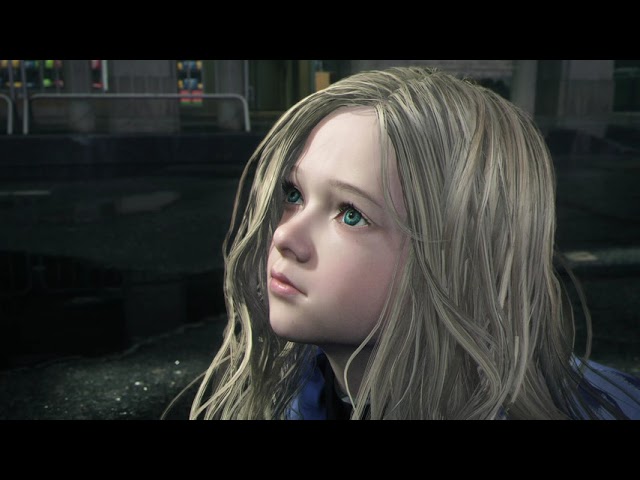 In Capcom’s follow-up post, the company doesn’t provide too many more details: only that Pragmata will be taking advantage of ‘next-gen tech’ like ray-tracing to “create a breathtaking and immersive sci-fi setting like never before.”

The post says Pragmata will launch on PlayStation 5, Xbox Series X, and PC, in 2022, and the phrasing suggests a simultaneous release on all platforms. The post is tagged with ‘pc-steam,’ so expect to see Pragmata on Steam when it comes out on PC.

Capcom will also be releasing Resident Evil Village on Steam, and that’s expected out next year. Meanwhile, we also got a peek at Square Enix’s mysterious Project Athia.