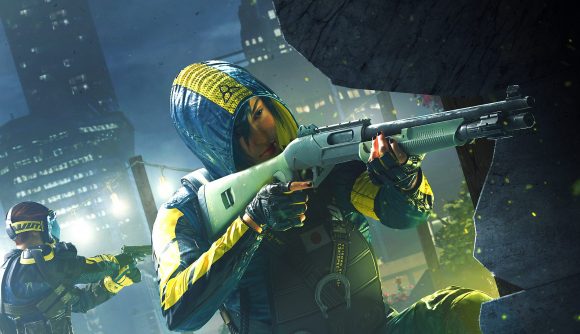 What happens when you pit your favourite Rainbow Six Siege operators against a spore-based alien menace? That’s what we’ll be finding out in Rainbow Six Extraction, the PvE co-op game spin-off of Siege that’s due out this fall. But don’t expect anyone new to join the party – Ubisoft says it’ll just be operators plucked from Siege who take on Extraction’s Archaeans.

Speaking with our sister site The Loadout, Extraction game director Patrik Méthé says the new multiplayer game will not be introducing new operators. “With the huge number of operators now available on Siege, we had more than enough options at our disposal to make sure to cover all the angles,” he says.

The Extraction team did discuss creating new player characters, but ultimately decided that it was more interesting to bring established characters into a wholly new context, and that this format allows the team to “add new layers of lore and to shine a new light on them.” That doesn’t mean there are aliens in Rainbow Six Siege, however.

With 60 Siege operators on the roster now, we reckon Méthé has a point – there’s plenty there to work with for this alien invasion offshoot story. What alarms us more is his reference to a ‘Rainbow Six universe’ – does that mean it’s a multidimensional universe that exists within the broader Clancyverse? Is The Division happening in the same world, or a different one? And is Jack Ryan real?

Time will tell – or perhaps, it won’t. Either way, the Rainbow Six Extraction release date is set for September this year.