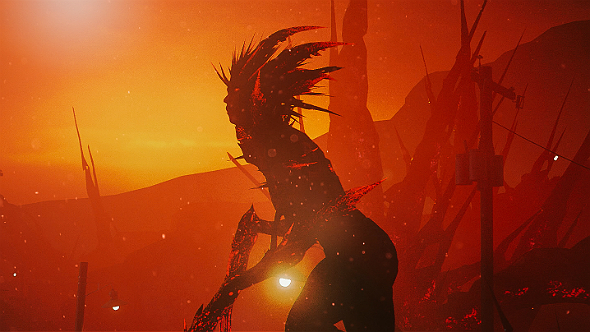 A new game built in the Rainbow Six Siege engine is set to be revealed by Ubisoft at E3 next week. Speaking on the Kotaku Splitscreen podcast, reporter Jason Schreier says that the new game, which may be called Rainbow Six Quarantine, will be unveiled in the next couple of days.

The game is reportedly the latest incarnation of Pioneer, the space game first teased as an easter egg in a side mission of Watch Dogs 2. While it was initially a non-violent game based on space exploration, development has been rebooted several times since it began in 2013, and earlier this year, Schreier reported that it’s now a “coop multiplayer alien shooter that uses some of Pioneer’s old features.”

Following up on information from the podcast (Schreier’s discsussion of the new title begins around the one-hour mark), confirmation of the game and its title appeared on Twitter. Schreier responded to well-known personality Nibel’s statement that “Rainbow Six quarantine is a co-op PvE shooter” simply by saying “yup.”

It’s worth noting that Rainbow Six Siege’s PvE event, Outbreak, could be linked quite closely to this new game. The event, which took place last year, saw the game’s operators facing off against monsters that had spawned after being contaminated by a virus that had fallen from space. I’m just spit-balling here, but a follow-up in which characters head to space to fight the source of the outbreak is a possibility, at the very least.

Beyond that, details are pretty scarce, but Schreier says that “we will absolutely, for sure,” see the game at E3, “because I think it’s supposed to come out in this fiscal year.” That would mean Quarantine will release by the end of March 2020, making it the third and final of the three triple-A titles Ubisoft has scheduled to release by that point.

Have some more: Ubisoft could be launching its own gaming subscription service

It’s looking increasingly likely that the other two titles set to launch next spring are Watch Dogs Legion and Roller Champions, both of which leaked ahead of the publisher’s conference, which takes place on Monday, June 10.

While a sci-fi spin-off of Rainbow Six Siege is a possibility, a whole new game seems pretty unlikely. Brand director Alexandre Remy recently said that there are no plans for a Rainbow Six Siege sequel to coincide with the arrival of next-gen consoles, and that Ubisoft is looking at the arrival of the new Xbox and PlayStation machines as if they’re “high-end PCs.”