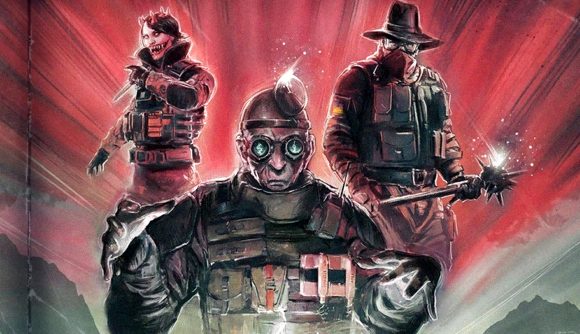 It looks like Ubisoft is revisiting the popular Doktor’s Curse event for Rainbow Six Siege this Halloween. The Siege team has released a live-action teaser trailer for the event that seems to suggest it will be a “revamp” of Doktor’s Curse, rather than a sequel.

Doktor’s Curse was the big Halloween event back in 2019 and was set in a modified version of the Theme Park map using the Hide and Seek game mode. In what now sounds like a precursor to the upcoming Rainbow Six Extraction – or the recent ‘Containment’ tie-in event – one team seeks to eliminate the opposing team, who are all playing monsters. The catch is that neither team have melee attacks or standard weapons.

Other than the teaser trailer there’s no word yet on how much of a revamp Doktor’s Curse 2021 will be compared to the original – but with Extraction on the way, it’s possible the event could have an alternate mode where the monsters get a chance to fight back.

You can check out the creepy teaser trailer below, in the style of an ’80s horror movie – along with its equally creepy tweet. One thing’s for sure – the event will surely come with a new range of Alpha Packs featuring spooky-themed cosmetics. The Halloween event usually starts a few days before October 31 and runs for two weeks – last year’s started on October 27, whereas the previous Doktor’s Curse began on October 23, so it’s a little up in the air.

Close your door but maybe, just maybe, do not turn off the lights. You never know what's in the dark… [:alien:] And trust us, sometimes, better be safe than sorry! pic.twitter.com/aa4yv2kY37

Last year’s Halloween event was Sugar Fright, the weird one where all the Siege operators get turned into puppets and have to gather sweets. Looks like Ubisoft is leaning back into the more typical horror aesthetic this year in advance of the monster-focused Siege spin-off Rainbow Six Extraction – which releases in January, as long as it isn’t delayed again.