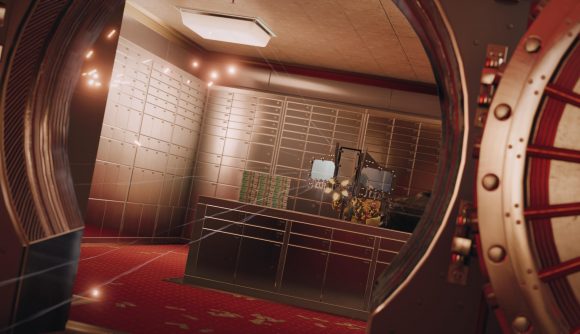 It sure looks like Rainbow Six Siege is coming to Game Pass. An image full of hints was posted by Xbox Game Pass on Twitter, and all signs point to the FPS game.

The tweet, below, is about as indirectly direct as it can get. Six rainbows are stacked on top of each other as a historical siege takes place. Sure, you can read this a few ways – maybe a war game, or something like Crusader Kings III – but Rainbow Six Siege is the only explanation that accounts for everything happy in the picture. To be honest, if it isn’t Siege, Xbox needs to reevaluate its hint-making process.

Coming to Game Pass now is a timely move for the multiplayer game. Rainbow Six Siege will turn five years old in December, and going free-to-play for Game Pass subscribers is a perfect way to bolster the player-base and mark the occasion. What’s more, with the new generation of consoles, you’ll have a load of Xbox Series X players with fresh subscriptions ready to learn the ropes of hostage taking and bomb defusal.

It’s a good time to start playing, too, since the Tachanka rework entered the test server last week, which will spruce things for players new and old alike.

If you end up giving it a go, make to have a look at our guide to the best Rainbow Six Siege operators, so you can find the character that works best for you.