Players have been theorizing about the gadgets that will be coming with Rainbow Six Siege’s Year 4 Season 3 operators, primarily based on some art that accompanied new operator Nokk – a blackboard in the background of one piece of her concept art shows a grappling hook and some kind of fuel canister. Now, a well-regarded Siege leaker has said that according to their source, the second gadget is a deployable shield that spreads fire.

According to the leaker, the grappling hook gadget is fairly straightforward: the user will be able to fire it up through floor/ceiling hatches, opening up new pathways of attack. For the upcoming defender, however, the gadget is a shield wall that has a gas canister attached to it that will spread fire (presumably toward the aggressor) when it’s broken.

Both of these gadgets are academically interesting, since they’re essentially taking existing pieces of gear and turning them into a specialized gadget. And the tactical possibilities afforded by the explosive shield are considerable as well – imagine turning the shield wall into an area denial mechanism.

But as YouTuber coreross points out, a gadget that drops fire opens up at least one potential problem. Griefers could easily exploit this gadget by activating the canister, burning to death, and getting the operator kicked from the game for team-killing. 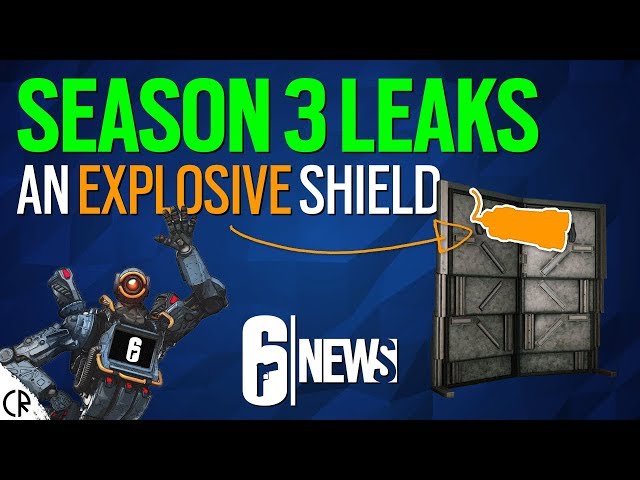 That’ll undoubtedly require some tweaks to Rainbow Six Siege’s reverse friendly fire system, and it seems likely at this point that the Siege team will have anticipated that.

Obviously, the gadgets don’t tell the full story of what we can expect from the next pair of Siege operators. We’ll know more when Ubisoft officially reveals them and their abilities.