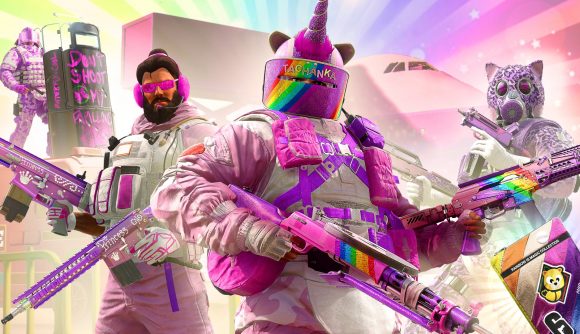 The bedazzled pink Rainbow is Magic skins are back in the Rainbow Six Siege shop today, strongly suggesting that leaks about the popular April Fool’s Day limited time mode added in 2019 will be returning this year. The leaks happen to be the official Xbox and PlayStation YouTube channels, which seem to have posted the trailer for the event ahead of Ubisoft’s official announcement.

According to the trailers, the Rainbow is Magic event is set to run March 30 – April 5, and it features a return to the same kid’s bedroom version of the plane map. In Rainbow is Magic, operators are turned into toy soldiers and have to either guard or rescue someone dressed as a teddy bear, all while moving around a version of the presidential plane that’s been shrunk down and redone in pinks and neons.

If you missed out on the Rainbow is Magic skin collection last time around, you’ve got another chance to pick up some of the most attention-grabbing uniforms and weapon wraps ever seen in Siege. Blackbeard, Montange, Smoke, and Tachanka all have skin packs available that look like something out of a Yakuza karaoke dance sequence. Of course, Tachanka has been reworked since we first played this event, so you can now get a beautiful pink skin for his new primary, the DP27.

🦄You wanted rainbows, you've got rainbows!🦄

The Rainbow is Magic Collection is available now and we bet you can't guess what's coming very soon… pic.twitter.com/xaMbmZCgCW

A it turns out, we didn’t really need to guess. Here’s the trailer on the Xbox YouTube channel: 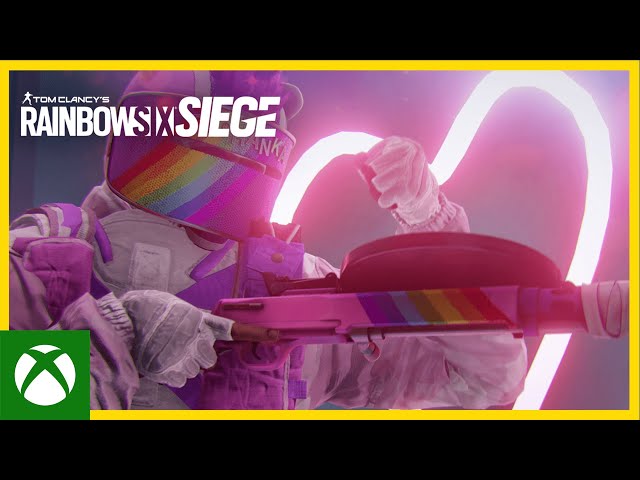 The multiplayer game’s April Fool’s Day event only runs until April 5, so you’ve got just a week to get in and enjoy this particular fever dream – if nothing else, you’ll want to make sure to secure that glorious unicorn helmet for Tachanka.