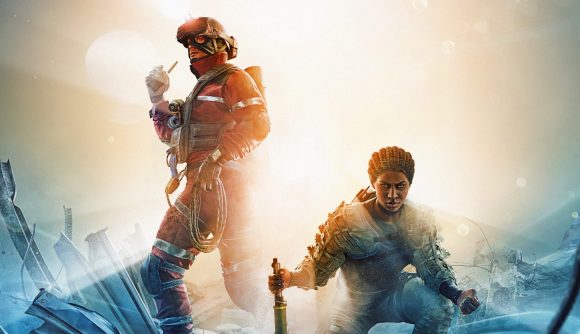 Rainbow Six Siege’s Operation Steel Wave gets underway tomorrow, June 16, just as we had guessed back when the Steel Wave release date was still officially up in the air. Ubisoft has confirmed that the update will go live tomorrow, and here’s when you’ll be able to dive in.

Steel Wave introduces two new operators, attacker Ace and defender Melusi. You can read more about them both in our analysis of the new Steel Wave operators. The update also brings with it a rework of House, which has undergone the usual extensive remodeling process: the garage now only has a single breachable wall, and the main entrance has been completely sealed off. Construction has been completed – that site is now a pink bedroom, and a new two-storey addition has been built onto the back of the house.

Operation Steel Wave is on the way to save your day!

The House rework will be staying in casual for the time being, and there’s no word yet on if or when it’ll make its way to ranked play. More information about what’s coming in the new patch can be found in our rundown of the Operation Steel Sky patch notes.

We’re excited to jump in and see how the community reacts to the new operators, their gadgets, and the map rework coming with this new operation – Rainbow Six Siege has a few years under its belt now, but it’s still on our list of the best FPS games of 2020.