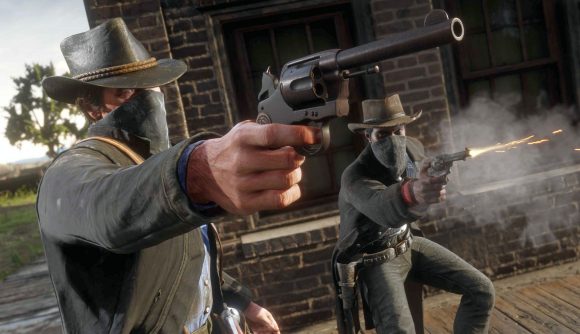 TaxWatch UK has been monitoring the accounts published by Rockstar, and notes that for 2018/2019, Rockstar’s claim for relief under the VGTR was the largest ever made, and accounted for 37% of total tax relief claims made across England’s videogames industry. The report says Rockstar has now been granted a total of £80 million under the program, despite not paying anything in corporate tax for the last four years.

Rockstar has now provided a statement following this report (via VG24/7): “The UK’s program to support the growth of a broad range of creative industries through tax relief is a proven success. The program has directly resulted in Rockstar Games significantly increasing its investment in the UK, creating well over 1,000 highly skilled and long term jobs across London, Lincoln, Yorkshire and Scotland.

“This investment and the success of British video games supported by the program not only significantly contributes to the economy, and to UK tax receipts, but also helps solidify the UK’s position at the forefront of video game development well into the future”, the company said in the statement.

George Turner, director of TaxWatch UK, had previously said: “It can’t have been the intention of the government in setting up the scheme to spend vast amounts of the VGTR budget on one, vastly profitable company.” He added: “The evidence is now clear that there is an urgent case for reforming VGTR.”

Turner adds that a total of 1,100 claims have been under VGTR, and that Rockstar now accounts for a quarter of all relief granted, and about half the budget is now going to a total of just four companies.

The thinktank is undeniably right about at least one thing: Rockstar is an immensely profitable company, and has become even moreso over the past ten years on the strength of two games, namely Grand Theft Auto V and Red Dead Redemption 2. Between console and PC, Red Dead Redemption 2 had sold more than 26 million units worldwide by November last year – a number that has only increased in the months since then. GTA V, meanwhile, was recognized in 2018 the most profitable entertainment product ever made.

When we spoke with UK videogame trade body UKIE about Rockstar and VGTR last year, CEO Jo Twist said the VGTR is considered a successful program, and that it’s driving growth in the UK games development sector.

“The success of VGTR games directly contributed £294.1m in Gross Value Added (GVA) to the UK economy and that VGTR-supported games provided 9,240 jobs across the industry, including 4,320 FTEs in game development (or 31 per cent of the UK development workforce),” Twist explained. “And with £156m generated in tax revenue from VGTR-supported games, this means that every £1 invested into the games industry via VGTR generated an additional £4 in GVA for the UK economy.”