Resident Evil: Village has had quite the debut. The horror game not only topped last week’s Steam top sellers – achieving that in just two days following its release – but it’s also had the biggest Resident Evil launch in Steam or Twitch history. Now, in what is surely becoming as consistent a rite of passage as getting a Thomas the Tank Engine mod (which has also already happened, by the way), RE: Village has been given the PlayStation 1 treatment.

YouTuber Hoolopee has posted a brief but highly entertaining ‘PS1 Demake’ with the description, “Resident Evil goes back to its roots”. As you can see in the clip below, the ‘demake’ depicts our fair – and supremely unlucky – hero Ethan Winters heading into the eponymous village, encountering some of its, er, charming residents along the way, including the most famous of all: Lady Alcina Dimitrescu. But, all as low-poly, delightfully janky versions of their glorious modern selves.

The good lady looks particularly impressive – her malevolent glowing eyes and grin come through perfectly in the retro-style visuals, so we’re in no doubt who she is. Especially when she greets Ethan with a, “So, we finally meet”, and a handful of brandished talons. Gulp.

She does break form slightly at the end when she does a little dance, though. Well, we’re all allowed a day off every now and then, right? Here’s Resident Evil: Village à la PS1 if you’d like to see it yourself: 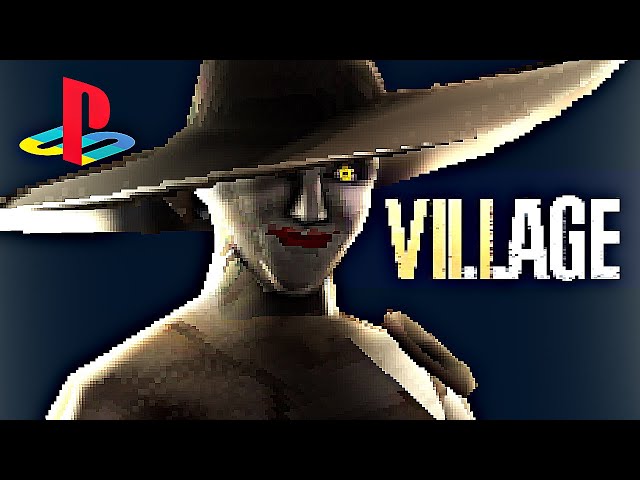