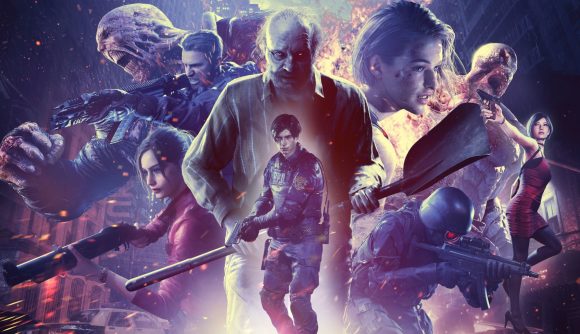 The original Resident Evil on PlayStation launched in Japan on March 22, 1996, which makes today the 25th anniversary of the series. Over two decades after those zombie dogs first jumped through the windows of our hearts, the venerable series of horror games is still going strong, and Capcom has announced plans for another Resident Evil Showcase in April.

“A new Resident Evil Showcase will be dropping this April,” Capcom says in an official blog. “We don’t want to spoil any surprises, so we’ll leave it to all of you to speculate on what this upcoming presentation might contain.” The Resident Evil Village release date is set for May, so it’s a safe bet that we’ll see more on Lady Dimitrescu and the gang as part of the event.

The previous Resident Evil Showcase was a roughly 15-minute broadcast which provided our first look at Resident Evil Village gameplay, the reveal of the multiplayer Resident Evil ReVerse, a look at RE’s Division 2 crossover, and a quick look at the animated Infinite Darkness film coming to Netflix.

The big focus in the new showcase is likely to be on Village and ReVerse, the latter of which gets an open beta in April, but there are plenty of Resident Evil projects we don’t know much about just yet, including the (confirmed) live-action Netflix series and the (rumoured) RE4 remake.

The next Resident Evil Showcase goes live in April – catch up on the latest showcase info, an open beta for Resident Evil Re:Verse, and more!