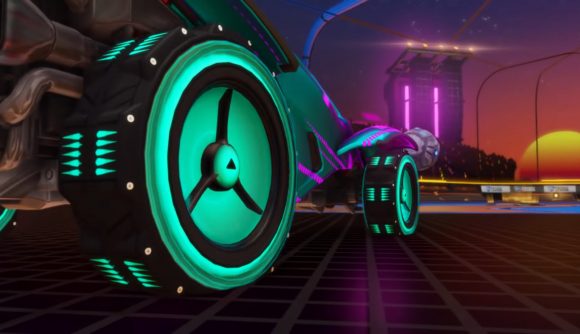 Rocket League’s new arena, Neon Fields, is a cyberpunk-themed pitch that features lots of neon-on-black colours and flashing lights. Unfortunately, after its launch last month, some players reported experiencing epileptic seizures due to the intensity of the visual effects – and there’s so far been no way to remove the map from the pool. Fortunately, Psyonix has announced that it will be adding a new option to reduce the intensity of the effects in Neon Fields.

As our friends at The Loadout have reported, Season Two’s new arena Neon Fields is themed around neon lights and big subwoofers, and the bright flashing led to seizures in players with epilepsy. This happened to be right around the same time that Cyberpunk 2077 players were discovering a similar phenomenon in the RPG game’s braindance sequences, and in Rocket League, simply ‘disliking’ a particular map doesn’t remove it from your match queue.

Today, Psyonix posted an announcement to the Rocket League subreddit with information about an upcoming update, due out February 1. That patch will include an option to toggle the effects intensity in Neon Fields from ‘default’ to ‘low.’

On the ‘low’ setting, Neon Fields will have the following changes, as listed in Psyonix’s post: