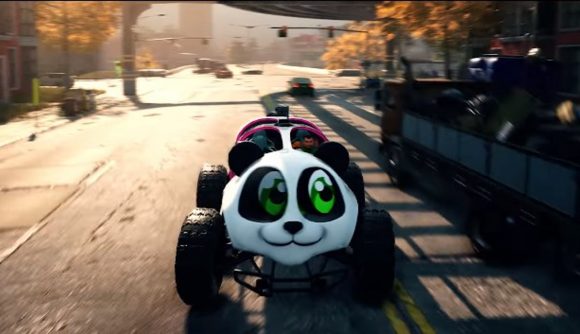 Remember Saints Row: The Third Remastered? You know, the remaster of the madcap open-world game that release around this time last year on the Epic Games Store. It’s coming to Steam in a few weeks.

Someone tweeted at the official account wondering if the crime game would ever arrive on Valve’s platform. The account replied with a simple release date of May 22, meaning exactly one year after it came out on Epic. This is par the course for the Epic Games Store and Steam, as Epic’s strategy has been to pay lump sums to have timed or complete exclusivity on any new game, or upcoming game‘s time on PC.

If you haven’t played Saints Row: The Third, or just not since 2013, this remaster is a pretty ideal package. You get all the DLC, plus the usual visuals upgrades, and optimisation for newer hardware. Between the base game, and extras that were put out post-release, there’s a lot of wild action-adventure game to sink into. This thing sits at the intersection of Burt Reynolds, pro wrestling, and a fictitious movie called Gangstas In Space.

Here’s the trailer from last year:

Saints Row: The Third Remastered is $39.99 on Epic. There’s no Steam page just yet, but expect it to be the same, or equivalent.