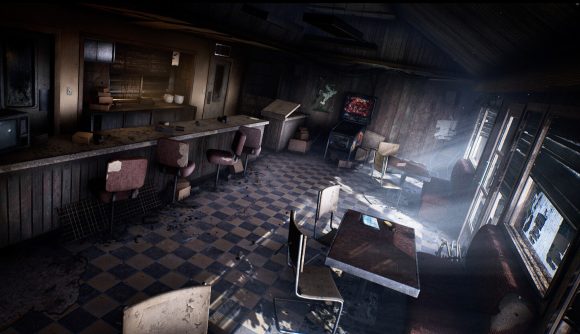 Cafe 5to2 is an iconic location from the original Silent Hill, where players wake up after a terrifying monster attack near the beginning of the game. No matter how many times you’ve played through Silent Hill though, you’ve never seen the little diner look like this. Feast your eyes on the Unreal Engine version of Silent Hill.

3D artist Mica Olsson, who works at Goodbye Kansas Studios in Stockholm, has recreated Cafe 5to2 in stunning fidelity using the Unreal Engine and the Quixels Megascans library. All the little details are there: the Medieval Madness pinball table, the cheap metal-framed chairs, and the little red radio set that triggers the air screamer attack. Most of all though, the grungy feel of the original PlayStation game is present through and through, but updated to look amazing in 2020.

We’ve been lucky to see a run of fantastic Resident Evil remakes on PC in the past couple years, and we’ll be seeing Resident Evil 3 in a few short months as well. But Silent Hill is still aching for a comeback – even though it’s still as spooky as ever, it’s definitely showing its advanced age. 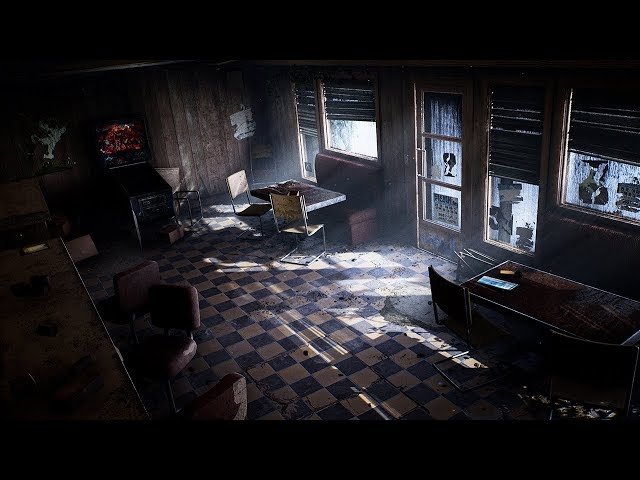 Modern tech lets light from outside the cafe seep through the grimy windows, and you can almost feel the chill in the air on the other side as debris and leaves flutter past on the wind. The floor is banged up, the tile haphazardly patched over with self-leveling cement in one place. It’s a truly impressive piece of work. You can see a full gallery of screenshots over at Olsson’s ArtStation page.

The biggest effect, however, is how it makes us desperately long for a modern, full-fledged Silent Hill remake. Let’s hope someone at Konami feels the same way.

In the meantime, have a look through our list of the best horror games on PC.