My plan is perfect: a heavily armoured assault force of samurai and imperial swordsmen will march directly toward the gates of the enemy castle with softer reinforcements behind them, covered by wheeled mantlets. This will draw archer fire as I move my siege weapons into position. Preoccupied with the approaching menace, my opponent will not notice the ninja warriors I’ve directed to scale their walls. The ninjas make their way around the battlements, dispatching archers with shuriken.

Obviously, none of this works. No plan survives first contact with the enemy – or so the old military adage goes – but my plan doesn’t even survive long enough to make first contact. This is Stronghold: Warlords, and part of my attacking force is caught out in the open by a cadre of speedy horse archers. Meanwhile my ninja are discovered before even reaching the walls. Compounding matters, a vassal has denied my request for a much-needed fire arrow cart as he’s changed allegiances behind my back. And to top it all off, a fire has wiped out a third of my rice fields back home, sending my once-booming economy into collapse.

Warlords may have a new look and setting in feudal Asia, but long-time fans of the Stronghold series can rest assured it gives no quarter to modern notions of difficulty. This game is hard, and while its complexity is daunting, mastering its many systems might just be worth the effort.

Stronghold: Warlords features five campaigns, which sounds like a lot, but all five are needed just to teach its many mechanics. Where other RTS games like StarCraft and Command & Conquer ultimately moved away from base building, it’s still the focus here. 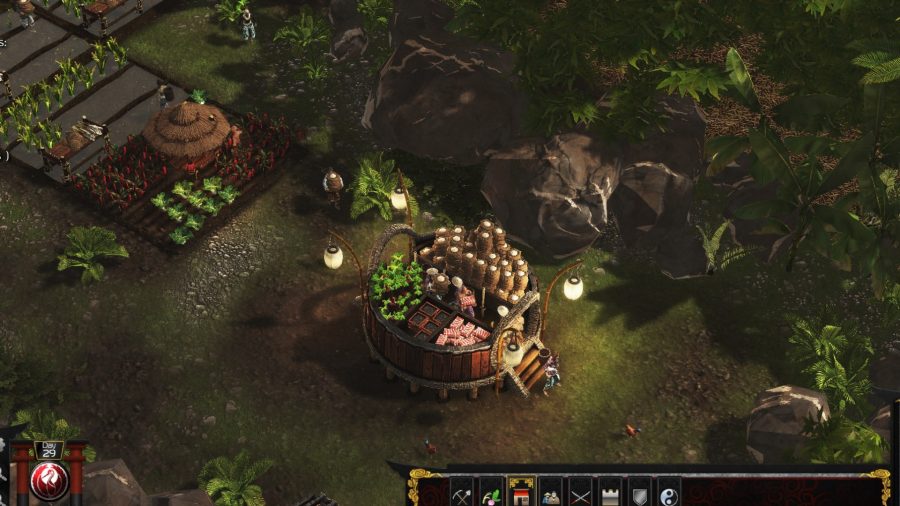 You begin each game by laying out the foundations of your economy. Your objectives and available resources will eventually provide shape to it, but it all begins by producing food and housing, which attracts peasants to your fortress. They take on available jobs and continue working for you as long as you keep them happy – high taxes, lousy living conditions, and food shortages will all encourage them to look for greener pastures.

You also need to build lumber camps and stone quarries to ensure a steady supply of building materials, and to keep plenty of water buffalo to haul their products back to your stockpile, protecting them as they go.

Protection means having a military. The woven shields and blow darts available early on will only get you so far, so you also need people making swords and armour, breeding horses for cavalry, and constructing the massive walls and towers that form your castle’s defenses. Later on, you’ll want a military academy to train specialised units, and a siege camp for catapults and trebuchets. 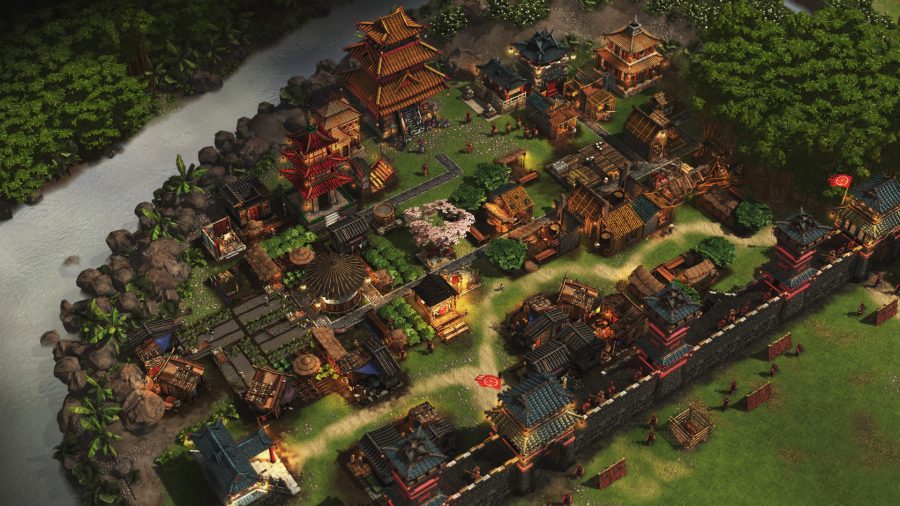 It’s a lot to keep in mind as you play, since you’re managing three games at once. Warlords’ economy is plenty complex in of itself, with multiple crop types, industrial chains, and population governance to oversee. I’ve spent hours in Free Build mode designing beautiful concentric castles away from the constant pressures of fielding and commanding armies, but trying to realise these dream builds in an actual game is something else entirely.

Warlords teaches like a major, ready to rap the knuckles of any soldier who steps out of time

It’s a world that’s easy to get lost in. Stronghold: Warlords doesn’t boast the most detailed models or textures, but the minutiae of village life give the bustle of your castle grounds a beautiful vitality. Vibrant pagoda shingles and gently swaying cherry blossoms shelter a farming community in which every single pig can be clicked to learn their name and current pastime – usually “snuffling” or “mucking about” – as they wander through tea plantations and rice fields. Watching the granary fill up with sacks of rice and bolts of silk is satisfying enough that I often feel reluctant to return to the battlefield.

Some of that reluctance stems from just how much there is to do in conflict. Warlords subscribes to the ‘more is better’ approach to military strategy games, giving you a dizzying array of troops to pick from when composing your forces. Ninjas, warrior monks, firelancers, samurai, and even gunpowder-carrying oxen round out Warlords’ traditional rosters, providing new tactics for you to inevitably fumble. 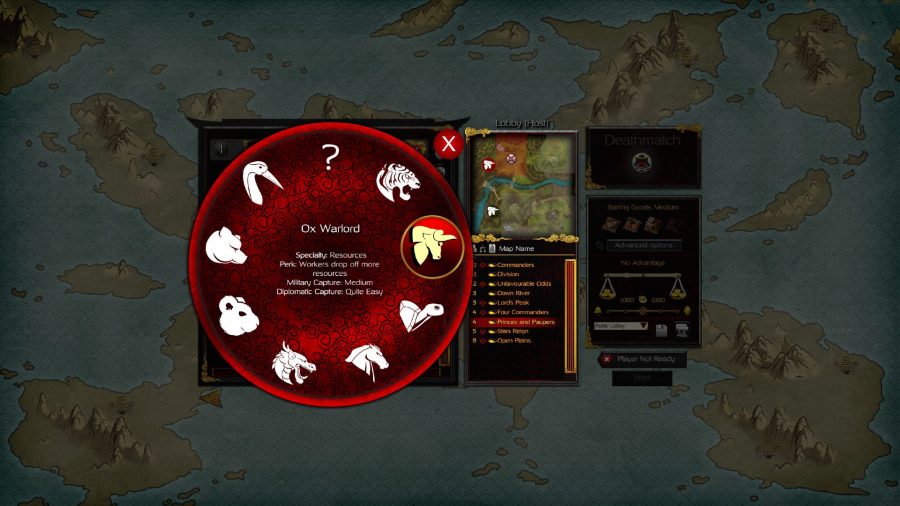 If that’s not enough, there are also the titular warlords to keep in check. The new headline feature, these are powerful NPC lords who control pieces of territory on each map, and who can be either conquered by force or wooed diplomatically to join your cause.

Once under your influence, warlords can be called upon to provide tributes – for example, the Dragon warlord sends you firelancers and fire arrows, while the lowly Mouse can pitch in with additional rice when your granary runs low.

The warlords system feels a bit tentative and embryonic compared to the rest of the game, which brings all the depth and detail you’d hope and expect from a 20-year-old series. Apart from a handful of military bonuses, most warlords aren’t worth the mental bandwidth to recruit and keep happy when you’re already busy trying to run a castle and fight a few wars. 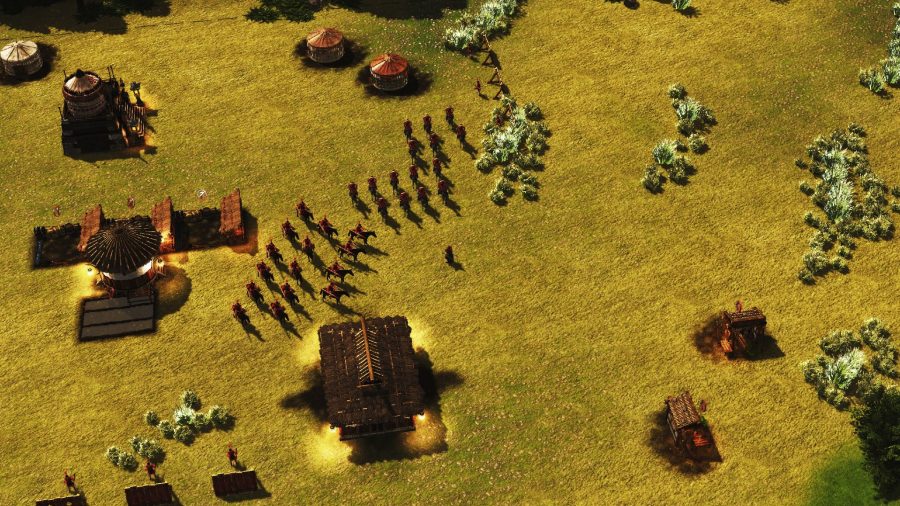 Simplistic as the warlords system may be, it’s another layer of complexity heaped onto a game that’s already creaking under its own weight. With so many bits and pieces to learn, it’s no wonder that the single-player campaign often feels more like a series of stern lessons than a piece of entertainment. Missions frequently demand that you work out a specific order of operations in which to approach a problem rather than encourage experimentation and play, and it can take until near the end to realise you’ve done something fatally wrong.

This approach to mission design was common 20 years ago, back when the first Stronghold was released, but has sensibly died off in the decades since. In one early mission in the Warring States of China campaign – which focuses on siege combat and excludes the economic game – I have to lead troops in an assault on a series of fortified passes. I’m heavily dependent on scripted reinforcements in order to survive to the final battle at the top of a hill, but since I have no way of knowing what those reinforcements are or when they’ll show up, the mission feels arbitrary and unfair the first time. It’s only on a second attempt, when I have the information I needed to complete it the first time around, that I’m able to succeed.

Even the chain of economic missions feels like more an exercise in discerning the level designer’s intentions than a meaningfully strategic puzzle. You can uncover tips in the mission briefing screen, but generally Warlords prefers to teach like a sergeant major, swagger stick in hand, ready to rap the knuckles of any soldier who steps out of time. 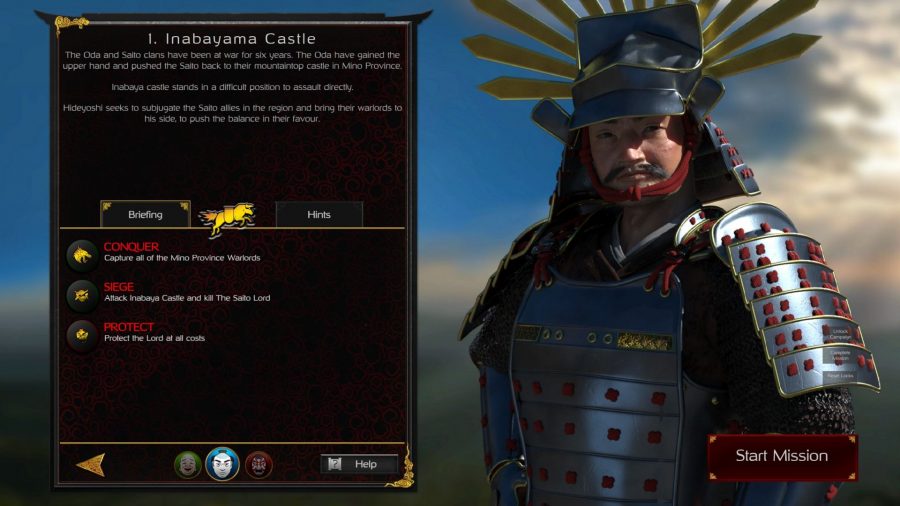 Despite all this, I remain convinced that Stronghold: Warlords is worth learning and understanding. The possibilities for optimisation feel boundless at this early stage, and while the game ships with just nine multiplayer maps all categorised under ‘deathmatch’, there’s a map editor included and menu space devoted to highlighting community map creations. Deathmatch allows for free-for-all battles as well as team fights against human or AI opponents, so there’s a fair bit more meat to the mode than first meets the eye.

Stronghold: Warlords gives you a lot to learn and isn’t always very nice about teaching you, but there’s plenty of room for a thriving multiplayer scene to develop here – if it’s able to find its audience.

While missions can be frustrating and the new diplomacy system is nothing to write home about, Stronghold: Warlords should satisfy devoted fans with its new, gorgeously realised setting.