As the holiday season wrapped up, Stronghold: Warlords developer Firefly Studios faced a difficult decision: launch day was rapidly approaching, and the RTS game’s multiplayer mode still wasn’t performing the way it ought to. One option was to launch the single-player campaign on the scheduled release date, with the multiplayer mode to be added later.

“We were really, really considering that because we could have just released single-player, and that would have been a perfectly viable option in terms of what was actually ready at the time,” marketing director Nick Tannahill says. Other games have taken this approach recently: Iron Harvest added ranked multiplayer a few weeks after launch, but saw a wave of unfavourable Steam reviews over what users saw as ‘missing features’ thanks to that decision.

When Firefly looked at its options, there were no hard contractual obligations that required Stronghold: Warlords to launch on the announced release date, and so the studio’s leadership decided the better option was to delay launch – six weeks for the development team time to iron out the issues with multiplayer and ship the game as a complete package.

“Obviously, it was a bit of a shock for the marketing team,” Tannhill says. “But ultimately, it’s the right decision to make … For us, it was simply down to the fact that we told people this thing was going to be in the game, you know?” 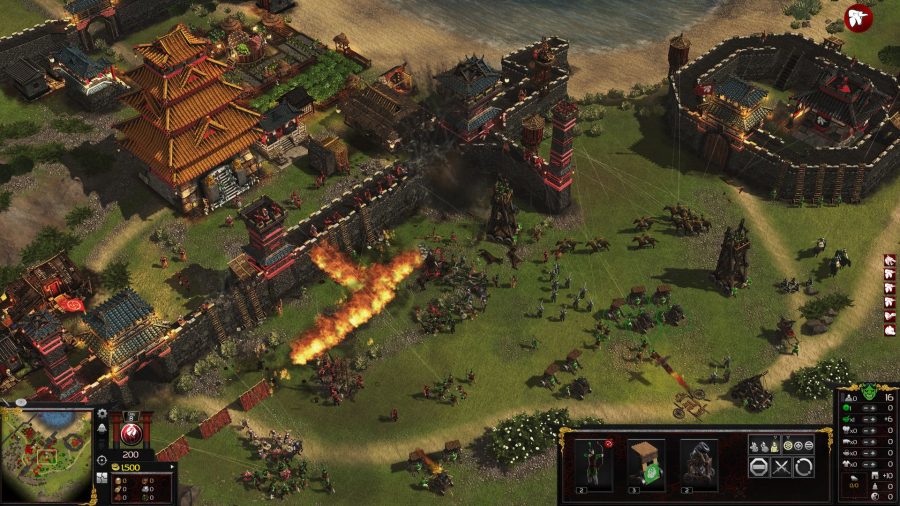 Tannahill says fans justifiably expect a new Stronghold game to ship with multiplayer, even though the vast majority of Stronghold players only play the single-player portions of these strategy games. That chunk of Warlords is complete – even though Firefly co-founder (and Warlords lead designer) Simon Bradbury pushed to add new features even late into the game’s development.

we could have just released single-player, and that would have been a viable option

“Catapulting dead animals, any Monty Python-style humour? That’s definitely all Simon,” Tannahill laughs. “It’s always a case of, he brings it up, everyone goes ‘uhhhh?’ And then we put it in the game, and it’s pretty fun, and it makes people laugh.”

Bradbury was behind the 11th-hour decision to add fire to the original Stronghold in 2001, and it’s been present in every subsequent game in the series.

“It’s a really nice feature and we’ve added it to every game,” he says. “And literally about an hour ago, I was posting bugs about crashes we’re getting with our current fire system in Warlords. So it continues to be a pain in the ass.” 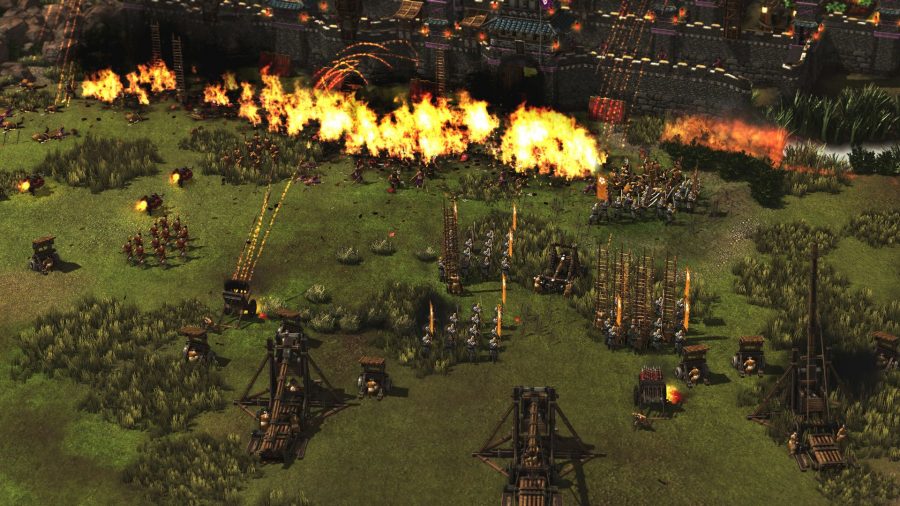 Shifting from the decidedly European backdrops of past Warlords games to medieval Asia was an interesting challenge for Bradbury, who says it provided the opportunity to add to the Stronghold formula without bending it to the breaking point. Archers, for example, aren’t the invulnerable defensive force they’ve been in the past, stacked up on walls and able to annihilate anything that comes within range. Now there’s the fire cart, which launches a fiery barrage of rockets.

“If the AI uses those fire carts when an assault is coming up against you, they’re pretty good at clearing the archers off the wall,” Bradbury says. “So it allows us to address a kind of balance issue that’s always irked me with every Stronghold title.”

Tannahill says long-time Stronghold fans needed some convincing to buy into the new setting, but after a year of demos and pre-release videos, it seems most are on board now.

“I think to begin with people were relatively sceptical about the change of setting,” he says. “I’ll admit that for us, before we announced it, we were super, super nervous about it – even though it’s a shift to a setting that’s also feudal, also has a great history of castles, also has great characters, great units. You know, all the kind of stuff that makes up a good Stronghold game.” 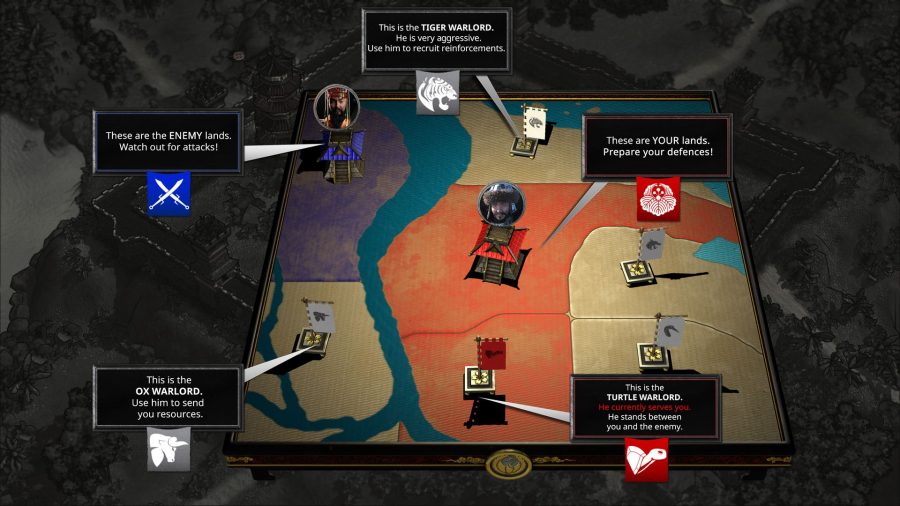 Firefly kept communicating with players throughout Warlords’ development process, which gave the studio time to demonstrate how all the elements from past Stronghold games have made the leap to the new setting – a jump the series needed to make to stay fresh.

“At the end of the day, you need something that people are going to be interested in developing,” Tannahill says. After eight games set in feudal Europe and the Crusades, Firefly’s artists and designers needed some new inspiration, and they found it in the feudal histories of China, Japan, Vietnam, and Mongolia.

“I think one thing that we’ve been able to do quite well is to keep Stronghold’s mass appeal, over quite a long period of time,” Tannahill says. “If you’ve had an IP for that long, the temptation is just to go further and further down the hardcore hole. And a lot of series have kind of petered out because of that.

“But you have to keep yourself humble and aware of the fact that normal people are going to play your game and not just, you know, the pros – and that’s quite hard to do.”