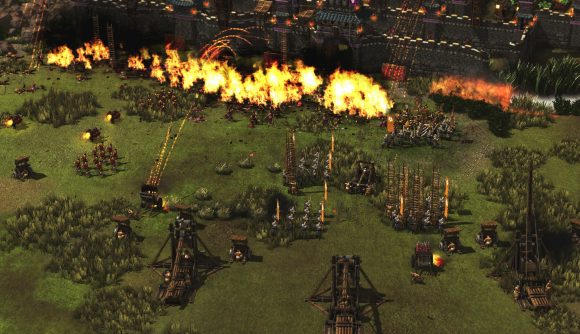 Building off a successful launch earlier this month, Firefly Studios has announced its plans for Stronghold: Warlords over the next several months. Between now and the end of summer, the historical RTS game will be getting a raft of new features and fixes, many suggested by the Stronghold player community.

First up is a patch coming in the next week, according to a roadmap video posted by Firefly today. In addition to several fixes and improvements, the update will also include a new extreme difficulty setting – for those among us who aren’t kept sufficiently busy with building a castle, running a complex economy, and fighting a war all at the same time, this will ramp up the pressure even further.

That difficulty level will get even tougher with another future update, which is geared toward improving AI. Firefly says it plans to spruce up the AI’s use of warlords, its building placement, and economic management, offering a stiffer challenge all while remaining ‘cheat free.’ That patch will also improve the warlords themselves with some player-requested fixes and quality of life enhancements.

Next in line is an update that adds new maps. Firefly says these are all medium and large maps, all created with an eye toward making the player’s build space “as generous as possible,” as Firefly’s marketing director Nick Tannahill explains in the video below. 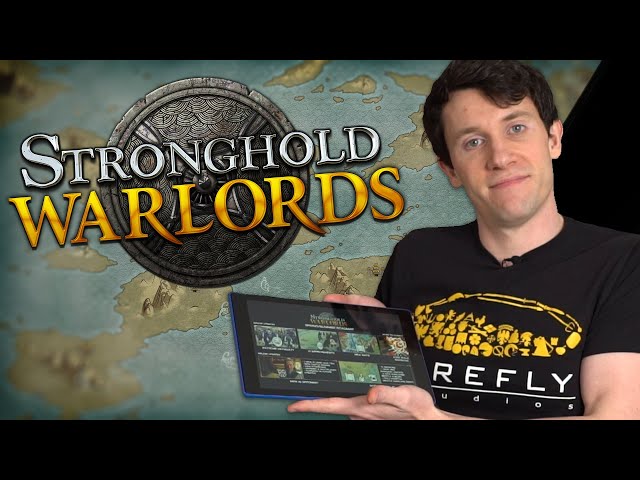 A new 1v1, six-warlord map called Riverbend will be included in this week’s extreme difficulty patch, so keep an eye out for that.

The last minor update for the spring and summer timeframe will add the ability to trigger invasions in free build mode. Currently, free build allows you to serenely build the castle of your dreams, free from the demands of conflict. With this update, you’ll be able to send themed invading armies at your ramparts to test how well your ultimate castle creation holds up under intense pressure.

Firefly also has two free major updates planned for the spring and summer. The first adds Sun Tzu as a new lord, and includes a new castle design as well as other enhancements. The second will include a new skirmish trail, which adds ten new missions, the new samurai lancer unit, and new bear and beetle warlords. Notably, the beetle warlord has a field hospital edict that will allow you to heal units on the battlefield.