Temtem evolutions are likely to be on the mind when you’re picking your Temtem starters. If Pokemon – which Temtem takes inspiration from – is anything to go by, you’ll want to ponder a few things. The first is what base stats you’ll get out of your starter when it’s fully evolved. The second is their appearance. Look, it may look cute now, but it’s the final evolution that you’re stuck with in the late game.

Temtem evolutions work a bit differently to Pokemon. This time around, your tems will have to level up a certain number of times, rather than hit a set level. So, no catching a temtem one level before it’s due to evolve. Not all Temtem evolve, mind you, and they come as they are. Others only evolve once, as opposed to the usual two Temtem evolutions you get out of your starters. There are some Pokemon that need a certain item to evolve, or a specific action, but we can’t say if that’ll be the same in Temtem just yet.

This time around, though, we’re focusing on the starters. Much like Pokemon starters, these three only require levelling up to evolve. We’ve only had limited access to the game so far in fits and bursts, so we’re still capturing and levelling our Temtems. Once we have more information, however, we’ll update this guide. On that note, here are the Temtem evolutions for your starters.

Here are the Temtem evolutions:

This Crystal-type Temtem evolves into Sherald when it hits level 30. All of its stats catch a nifty boost, but it remains strongest in health, attack and defence.

Our punchy primate friend evolves into Baboong once they hit level 29. Baboong’s key strengths of speed and attack carry over.

You can add this mental-type Temtem to your group by training Houchic to level 29. Special attack and speed remain their strongest attributes. 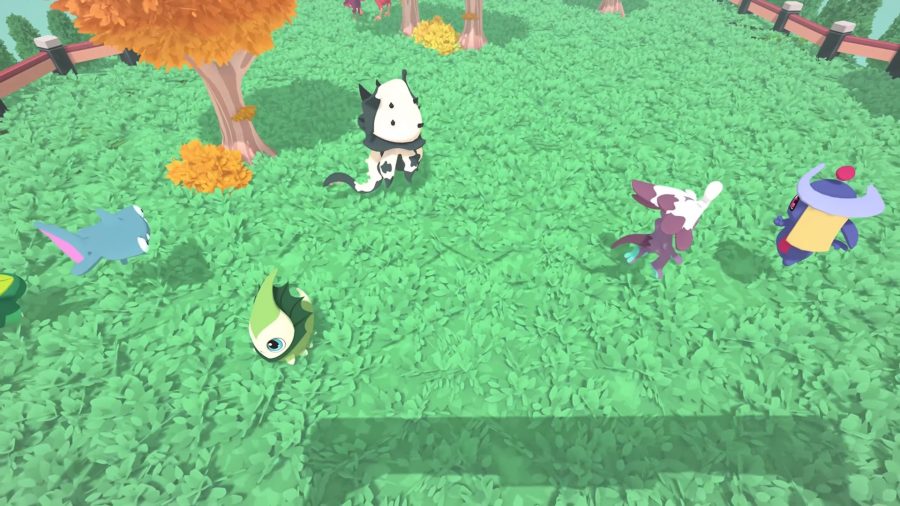 How to evolve your Temtem

You can evolve your Temtem by levelling them up a certain amount of times, which is different for every tem. Take your starters, for example, Houchic and Smazee evolve after 29 levels while Crystle evolves after 30. So, if you get a Crystle at level five, per se, it won’t evolve until it’s level 35.

Pokemon has other evolution methods, such as handing your pokemon an item or trading it. So far, though, we haven’t come across anything like that in Temtem. But we’ll be sure to update this guide if that changes.

And there you have it, all the Temtem evolutions from the starters that we’ve stumbled across so far. In the meantime, though, be sure to study our Temtem type chart, Temtem species list, and Temtem dojos guides so you can enter battle fully equipped with how to beat your enemy and our Temtem breeding guide to know which type of little tems you can breed. If you really like grinding, then maybe you should check out our Temtem luma guide, too.