Temtem starters provide your first selection headache when you boot up the game. There are three to choose from, but you can only pick one to join your journey across the Airborne Archipelago. You can’t go capturing Temtems without one to weaken them, of course.

If this all sounds familiar, that’s because it’s very Pokemon-like, which Temtem takes a few cues from. Crema’s monster-capturing MMO whisks you away to an airborne land and tasks you with capturing and training creatures to compete in fights and earn rewards in temtem dojos. There are a good few PC games like Pokemon, but this may prove to be the closest to the real thing as we’ll get.

There are plenty of factors you want to consider when choosing your Temtem starter, such as their Temtem type chart, temtem species, and how that fares against the first few gym leaders you come across. Or, if you’re like us, pick which one looks the nicest. On that note, here are all the Temtem starters you can kick off your adventure with.

The Temtem starters are:

This crystalised creature is the tank of the three and excels in health and defence. It won’t evolve until it’s been levelled up 30 times, though, which puts it one level behind the other two.

This fighty chimp is the opposite of Crystle in that it’s swift and strong in physical damage, but light on health and defence. It’s the Melee type so it’s strong against Crystal, too. 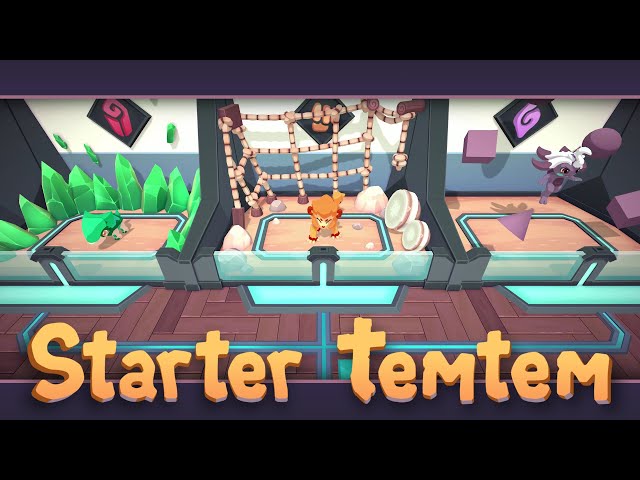 If you’re familiar with Pokemon, the Mental-type is quite similar to Physic in style and function. The levitating Houchic embodies that and is particularly strong in special attacks.

And there you go, that’s your pick of Temtem starters. There isn’t a release date just yet, but the Temtem early access has kicked off – so you can give it a go then to see if this looks like your kind of thing. In the meantime, check out the Temtem evolutions for your Temtem starters, as well as how Temtem breeding works. If you like shiny pokemon, then chances are you’ll like luma temtem, too.