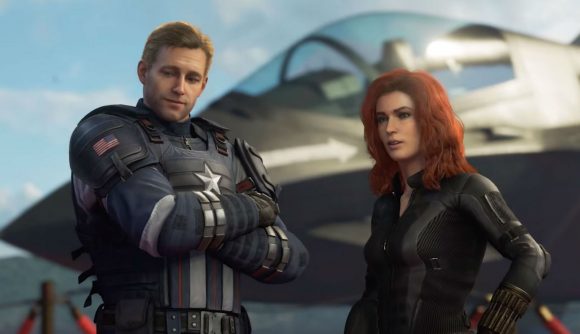 Since the first footage of Marvel’s Avengers was unveiled earlier this year, the five playable superheroes’ appearances have seen their fair share of discussion. Some fans have taken to Twitter to voice concerns about how Black Widow, Thor, the Hulk, Iron Man, and Captain America appear in the game. Despite this, Crystal Dynamics’ lead creative director Shaun Escayg previously said there were “currently no plans to change our character designs” – but it looks like the heroes will still be getting a bit of a polish before launch.

Speaking to us at this year’s Gamescom, Avengers editorial director Casey Lynch tells us that “everything about the game is going to continue to change as we polish, as we approach launch right now, but things that we’ve shown both at E3 and here, it’s all been pre-alpha.” He added that “there’ll be changes to everything from the characters to a lot of what you see.”

Further to this, a spokesperson for Square Enix clarified that “by changes, we’re talking about polish. What we’re doing is we are continuing to add detail to their character models, we’re improving the lighting, we’re improving the skin shading. So, what you’re hopefully seeing is the characters continuing to look better as we get closer to launch. But in terms of changing character designs, that’s not currently what we’re looking at.”

This follows recent news that Black Widow’s face has already seen something of a fix, as Avengers Twitter news feed channel Have We Heard Anything About Marvel’s Avengers? highlighted last month in a comparison between what was shown in the E3 demo and the Comic-Con version later on.

The game is due to arrive May 15, 2020, and as this is still a while away yet, it could be that the finished game at launch might look quite different from what we’ve seen so far.