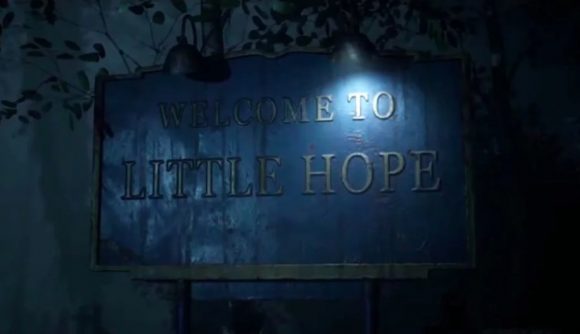 There’s an intermittent trend among horror films to use live audience reactions as part of the marketing. Anyone who remembers the first Paranormal Activity might recall a trailer that featured a full theater being loudly terrified during a showing of the found-footage flick. The Dark Pictures Anthology has adopted the gaming version of the same idea, using a montage of streamers and Youtubers getting scared while playing Man of Medan to build anticipation for next instalment, Little Hope.

For the questionably titled ‘Announcement Trailer’ for The Dark Pictures Anthology: Little Hope, a bulk of the video is content creators screaming their heads off while playing Man of Medan. A number of the most widely known figures in the worlds of Youtube and streaming, including Jacksepticeye and 8-Bit Ryan, make appearances, some delivering funny one-liners, others just shouting down their headset in what is absolutely not a put-on reaction for views.

We do, eventually, get about a minute of Little Hope, but it’s nothing you haven’t seen before if you saw the first teaser from last year. A creepy small town beside a haunted forest, Will Poulter, it’s all stuff we already know, and the release date is still at just 2020.

Man of Medan, though not quite garnering the same effusive praise as predecessor Until Dawn, was well-received critically. We have it as one of the best horror games on PC. Supermassive launched a co-op promotion allowing players to share the game late last year, knowing well that horror shared is horror remembered.

Using influencers as part of the PR is a sound move, it’d just be nice if the next trailer contained some solid new info on the next chapter in The Dark Pictures’ sordid series.

The Dark Pictures Anthology: Little Hope is due to come out sometime this year – we have lists of the best zombie games, best stealth games, and best co-op games, if you’re in need of something to tide you over.