PC players have discovered three new specialist-oriented armor sets on The Division 2’s Public Test Server. All three come with their own special set bonuses, and at least two of them are fairly bonkers. The new gear will likely be included in the May title update, but naturally they’re still subject to change between now and then.

Of the three new Division 2 gear sets, the Survivalist’s is perhaps the most ho-hum. Called Tip of the Spear, it’s built around a Pulse build. Wearing two pieces of the armor gives you +20% to Pulse skill power, three give you a 20% cooldown reduction, and four grants a 20% protection buff from elite enemies. All standard fare. Once you have five pieces, you gain a bonus called Electromagnetic Trigger, which adds a proximity detonator to your crossbow bolts. When they’re set off, they trigger a 9-meter pulse.

Wearing all six pieces of Tip of the Spear armor activates Aggressive Recon. With this active, killing enemies triggers a pulse from their location, and members of your party or raid group all deal 20% extra damage to pulsed targets. Not bad, by any means, but hardly earth-shattering.

YouTuber WiLLiSGaming breaks down the new sets in this video below. He’s playing the Division 2 on Soulless_Baby’s account, which is who found the new gear. 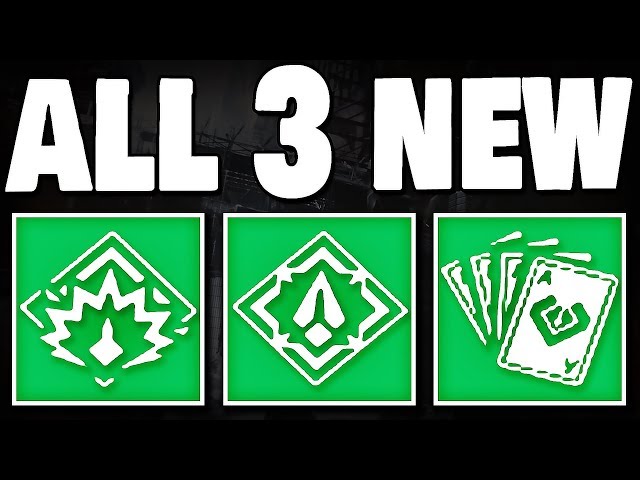 The Demolitionist’s gear, called Negotiators Dilemma, is where things start to get interesting. Having two pieces of this equipped gives you 10,000 additional armor on each kill, and three pieces gives you an extra 30% health. Four pieces adds 30% explosive resistance. Clearly, this set is designed for tanky builds.

Having five pieces of Negotiators Dilemma equipped adds the Blowback perk, and this one is nuts. When your armor is depleted, you’ll automatically launch a grenade at the target responsible, and this can happen once every three seconds.

Read more: Everything we know about The Division 2 raids

Wearing the full set of Negotiators Dilemma activates a perk called Press Home the Advantage. With this running, explosions you cause will stack a ‘bombardier’ buff, and each stack adds +10% explosive damage to party or raid group members, while you’ll get 10% bonus armor for 10 seconds. Madness!

Sharpshooters are also in for a treat, with the Aces & Eights armor set. Two pieces give you +20% weapon handling, three gives you +20% to accuracy, and four grants an additional +10% marksman rifle damage.

Having five pieces of Aces & Eights activates Dead Man’s Hand, which is perhaps the coolest of the new perks. Shooting an enemy with your marksman rifle flips over a card, and depending on the hand you end up with, you’ll get a specific bonus. A full house refills your weapon and stops ammo depletion for 10 seconds. Four of a kind gives you 10 seconds of 30% bonus armor, and Aces and Eights grants 100% bonus damage on your next five bullets.

If you have all six pieces of Aces & Eights, you get Sheriff’s Favor, which means your whole party or raid group gets to share the effects of Dead Man’s Hand. It’s a potentially powerful, but wildly unpredictable bonus.

You can find the blueprints for these sets by completing projects on the PTS, but so far nobody has figured out how to earn the materials needed to craft them. So it’s still a bit of an open question as to how these will work in practice.

We’ll find out when the next big title update goes live next month.