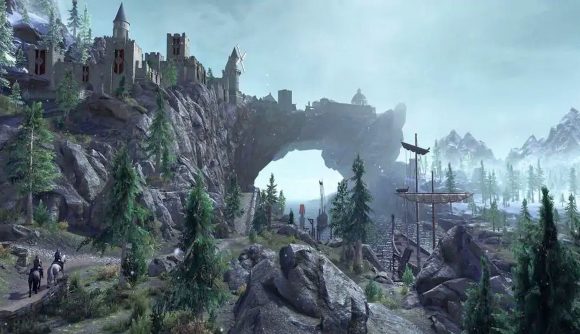 Solitude is a majorly memorable feature of the Skyrim skyline. Nestled on an arch of cliffs above the Haafinger hold’s Sea of Ghosts, it’s not only the capital of Tamriel’s frostiest region and home to the High King of Skyrim (plus a bunch of other important headquarters, too) – it also looks incredible, perched high on the rocks. Now, one fan’s been inspired to bring Solitude to a whole other game, though perhaps not one you’d expect.

“I made a Skyrim scene in Far Cry 5 on PS4!” user Mojoswoptops2020 has posted on the RPG game’s subreddit, alongside a picture of their creation (which you can check out for yourself below). The scene they’ve made is astonishingly good – it’s a recreation of Skyrim’s iconic north-western city, seen from down in its harbour below. The arch is pieced together, rock upon rock, and there are even glimpses of the Blue Palace – seat of Skyrim’s High King – and even that distinctive windmill on its near side.

Best of all, the creator has posted a clip on YouTube showing how they pieced it together, step by step, which you can check out below.

AS you can see, they’ve used Far Cry 5’s level editor on a PlayStation 4 to create the arch’s structure – and everything on top of it – from scratch, slotting its grey stone ramparts together into the rock face and covering it in textures and trees to create a pretty seamless effect. There are even boats and a bear (on the lookout for some abecean longfin, no doubt) down near the sea below. Take a look for yourself: 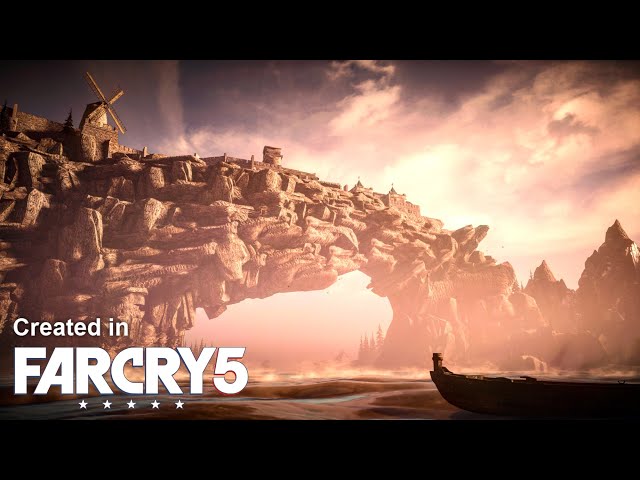 I made a Skyrim scene in Far Cry 5 on PS4! from skyrim

The creator says on Reddit that Solitude à la Far Cry took around four hours to complete and another two to get the lighting just right. Which is pretty darn impressive.

This follows some other recent Skyrim (and fantasy game) recreations in other open-world games – for example, Valheim players have been forging their own versions of Skyrim’s High Hrothgar and Riverwood, as well as Sauron’s Tower from The Lord of the Rings and even World of Warcraft’s Stormwind Harbour. We’ve got a handy Valheim building guide and rundown of the best Skyrim mods if you’re keen to do some recreating or tinkering of your own.