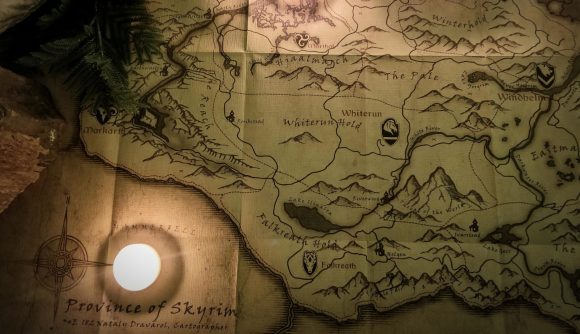 What a week for the newly-unveiled Lucasfilm Games. The label, which will be the “official identity for all gaming titles from Lucasfilm” going forward – has announced some huge new projects on the way. Alongside a Star Wars open-world game from The Division 2 studio Ubisoft Massive, there’s also an Indiana Jones title in the works at Bethesda. But, fear not, Elder Scrolls and space games fans – the Skyrim studio’s two other major upcoming PC games won’t see a knock-on effect from Dr Jones’ next adventure.

This news comes from Bethesda senior vice president of global marketing and communications Pete Hines on Twitter. Following news the Indiana Jones title will be executive produced by Elder Scrolls and Starfield creative director Todd Howard, a fan has asked whether he’ll still helm those behemoth projects in light of this. “Todd is currently EP on many BGS and other projects, such as the Fallout TV show,” Hines replies.

That’ll be exciting new for fans keen to see the Skyrim creative director continue to lead development of the two other major titles Bethesda has in the pipeline.

Todd is currently EP on many BGS and other projects, such as the Fallout TV show. His main focus remains Directing the upcoming Starfield and TES6 games, which aren't affected by today's news.

For now, we know very little about any of these three titles. The Elder Scrolls 6 was teased with the briefest of trailers back in 2018 at the studio’s E3 conference but we’ve heard very little since, with the developer having said in the meantime that it’s a long way off – that is, coming after Starfield, its upcoming space epic. Bethesda recently tweeted about The Elder Scrolls 6 (possibly) and the internet exploded – so, it’s fair to say fans are keen to hear more.

As for Starfield, we know almost nothing about the game other than a few hints and nuggets, such as it’ll be a single-player game, a totally new IP, and will have the biggest map of any Bethesda game to date. The Indiana Jones title, similarly, has been revealed with just a single, teeny teaser, so we’re not sure exactly what it’ll bring yet (though there are likely some clues to be gleaned from the clip).

You can check out more about what we know about The Elder Scrolls 6 release date, Starfield release date, and Indiana Jones game at those links. Otherwise, check out our rundown of the best new PC games you can play right now if you just can’t wait to dip into something new.