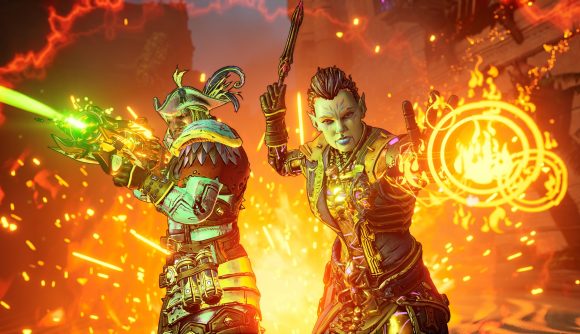 The dust has only just settled from the launch of Tiny Tina’s Wonderlands, but developer Gearbox Software has revealed that the first DLC for the co-op focused shooter game is coming out this week. Coiled Captors, the first piece of post-launch content in the Wonderlands season pass, arrives April 21.

The ‘coiled captors’ in the title are a nasty bunch of gun-slinging naga warriors, who you’ll have to take on in order to free a captured Old God. The naga have this god trapped inside a monster called a seawarg, which they’ve imprisoned deep within a cold and frozen mountain.

Seawargs, it turns out, are creatures that look like sharks with big, beefy arms. To free the Old God, you’ll need to battle the seawarg it’s trapped inside, and this fight takes on four different forms that unlock as you play more of Coiled Captors. Each of these is increasingly difficult, making each subsequent trip through the story a steeper challenge. Fortunately, there are plenty of new weapons to pick up, and you’ll be able to win some by spending Lost Souls at the Wheel of Fate you find with the fortune teller Vesper. 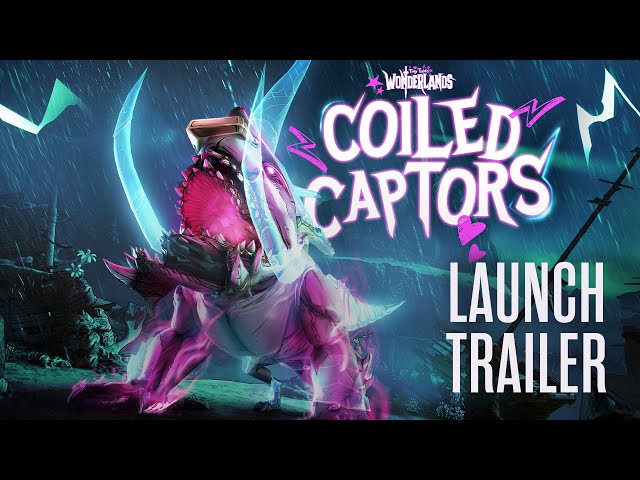 Once you’ve completed the DLC story, everything in it gets added into the Chaos Chamber hopper, expanding Wonderlands’ endless endgame.

Get prepped for Coiled Captors by checking out our guide to the best Tiny Tina’s Wonderlands builds and picking up a few items off our best weapons guide, too.