However, it’s no good to have one devastatingly powerful weapon carry your Tiny Tina’s Wonderlands build. You need to spend points on passive skills that take advantage of your weapons’ unique traits, and then choose two classes that give you kick-ass class feats and action skills.

Your starting options offer a choice of no fewer than six classes with a handful of different backgrounds to choose from. Then, later on in the game, you’ll unlock the ability to add a second class too. That’s a lot of different things to juggle when trying to work out your perfect Wonderlands build, but fear not. We’ve been messing about with the game a lot and through hours of unsettling experimentation, we’ve come up with a list of six different Tiny Tina’s Wonderlands builds for you to try out. 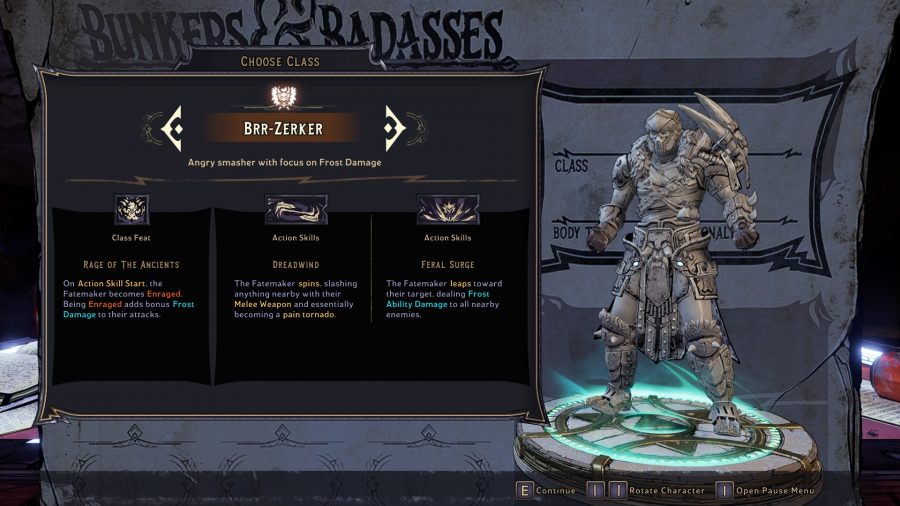 The Brr-zerker is a class that gains extra frost damage whenever they activate an action skill thanks to enraged. This is true even if you’re activating the skill of a different class too. We’re pairing Brr-zerker with Spellshot to boost our spell damage and while they don’t seem like fast friends, it means you can be dangerous up close or at range.

You can also use your spells to whittle down enemy health before charging in with Feral Surge to wipe them out, which resets itself if you kill an enemy. The set-up is designed to make the most of both your skill and your spells, especially frost ones, so weaving them together is what you’re aiming for. 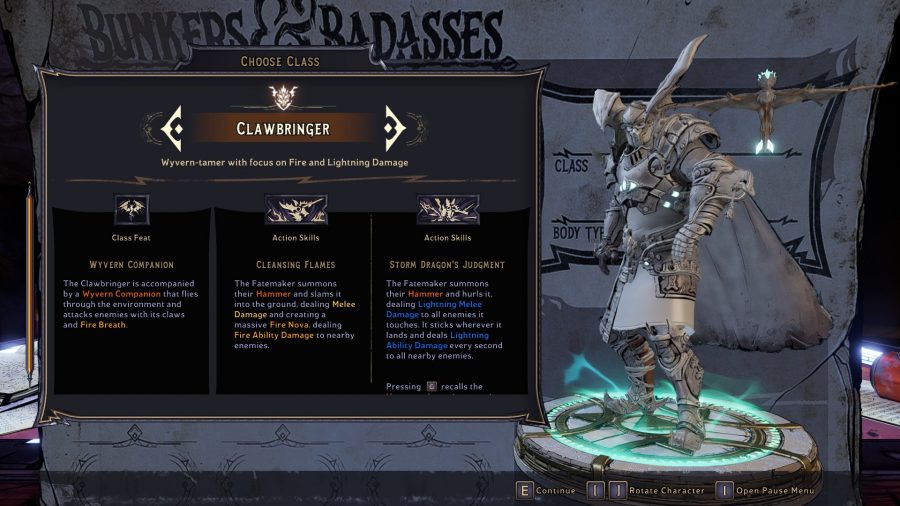 The Clawbringer class inflicts elemental damage and comes equipped with its own wyvern companion that breathes fire on your enemies. For this build, we’re pairing it with the Spore Warden to allow us to make the most of burning, electrifying, and poisoning enemies.

The key here is damage over time and using the Storm Dragon’s Judgement active skill, you can throw Mjolnir at enemies and leave an AoE lightning field too. You’re also relying on your wyvern and mushroom companions, but the main thing you want to look at is building up status effects on enemies. 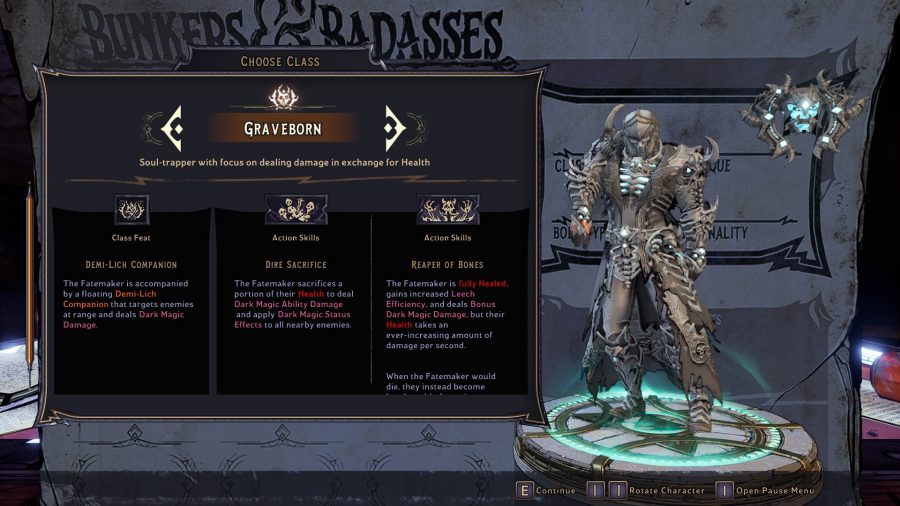 Graveborn is the necromancer class in Wonderlands and it’s a blast to play. The biggest benefit of the class is the ability to absorb the life of everything that you’re fighting, which can make some bosses almost trivial.

More like this: The best Tiny Tina’s Wonderlands classes

Alongside life steal, this class is also effective with extra summons, and that’s why we’re pairing it with Graveborn, who revels in poison and brings a mushroom friend with them. With this build, we’re leaning into these two factors to create a build who drains enemy health and leaves the hard work to their cohorts. You ideally want a summoning spell too. 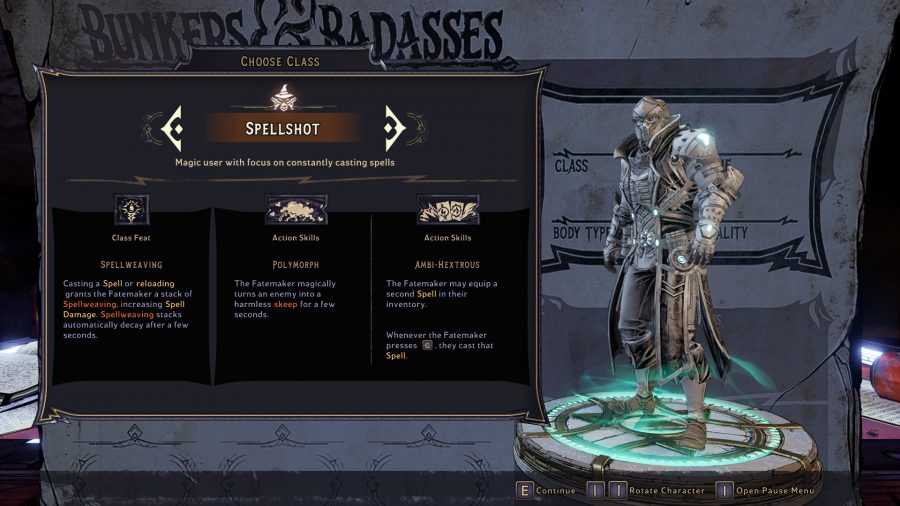 Spellshot is one of the more unique classes in Wonderlands as spells are a new feature. This class is especially effective at dealing damage with spells, and we’re going to pair that with Graveborn to get the most our of their Demi-Lich companion. So, whenever you cast a spell, the Demi-Lich casts Hellish Blast, a homing projectile. 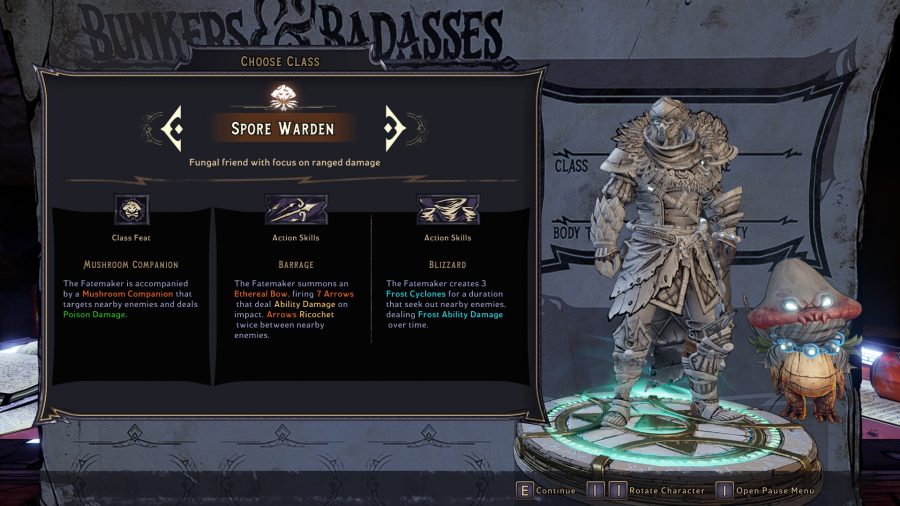 Spore Warden is a class that not only has a cool poison mushroom companion, but also gets a lot of buffs to its gun damage, which helps boost the power of the Barrage ability. You want to lean into critical hits, which is why you want the Stabbomancer as your secondary class. This allows you to buff the power of your poison too. 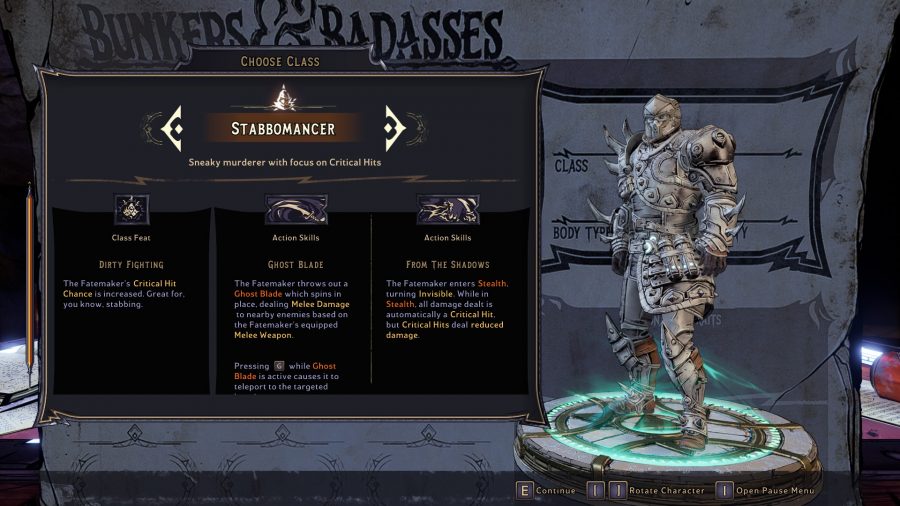 The Stabbomancer is, unsurprisingly, the best melee build, so pairing them with the Brr-zerker is great fun if you like getting up close and personal. Ghost Blade is a wonderfully flexible action skill and the damage boost from the enraged perk that the Brr-zerker offers is huge. 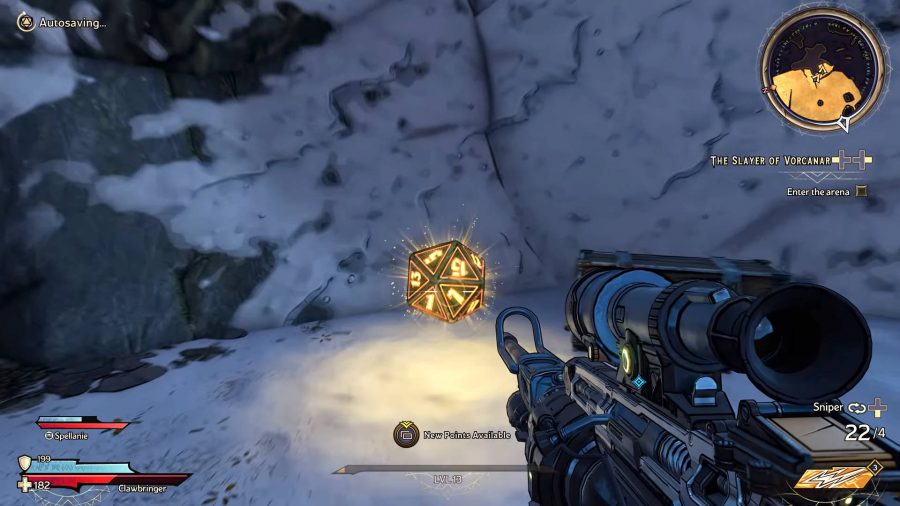 The easiest way to find the best guns and melee weapons is to search for lucky dice: twenty-sided dice that you can find hidden in the tightest of spaces. As it turns out, they’re well worth seeking out.

When you interact with a lucky dice, it will spin before landing on a number. This number decides the quality of loot you get, and higher numbers give you the best guns and equipment. However, it also increases your ‘loot luck’ stat, determining how often you find the best loot available, including drops from bosses.