Want to know more about the best Tiny Tina’s Wonderlands weapons? Tiny Tina is back with the follow up to the Borderlands 2 DLC, Assault on Dragon Keep. This standalone adventure is set within the world of a tabletop fantasy game controlled by Tiny Tina herself, so you can expect plenty of wacky situations to occur at any time.

As you should expect from a Borderlands game, there are plenty of Tiny Tina’s Wonderlands weapons, along with their own rarities and elemental damage types. For the first time in Borderlands, players also have access to melee weapons and magic spells. The guns and melee weapons in this FPS game feature the same procedural technology used in Borderlands 3, giving players access to billions of weapons to sift through.

To take things even further, there are several weapon manufacturers that specialise in their own brand of guns and ammo. For example, if you’re looking for a weapon that can land plenty of critical hits, a Blackpowder pistol may be the gun for you. Here’s everything you need to know about the weapons in Tiny Tina’s Wonderlands.

There are six weapon types in Tiny Tina’s Wonderlands:

Arguably the most versatile weapon type of the bunch, the tried and tested assault rifle is capable of blasting enemies away from almost any range. Assault rifles deal consistent amounts of damage, so you always know what to expect in the middle of a gun fight.

You should opt for a heavy weapon if you want to take out several enemies in a single shot. Target groups of enemies by unleashing a massive explosion, dealing splash damage to every minion within the explosion’s radius. These weapons suffer from poor reload speeds, so you may need to switch to a different weapon after firing off a blast.

In Tiny Tina’s Wonderlands, a pistol can be the deadliest weapon in your arsenal if you have a steady hand. If you can land consistent headshots, you should be able to take down enemies with ease from almost any distance.

Shotguns are the best option for taking down enemies at close range thanks to their wide bullet spread. Depending on how close you’re willing to get to the bad guys, you can choose to focus on a single enemy or step back and fire shells at multiple people in a single shot.

Submachine guns have the power to delete enemies in an instant thanks to their incredible rate of fire. You need to keep a close eye on your ammo count as SMGs can rip through your entire supply in a matter of minutes.

The instant pick weapon for long range players – the sniper rifle is the perfect weapon for taking down enemies from great distances. Be warned, you won’t be able to rely on long range tactics the entire time as enemies will attempt to fight you up close. 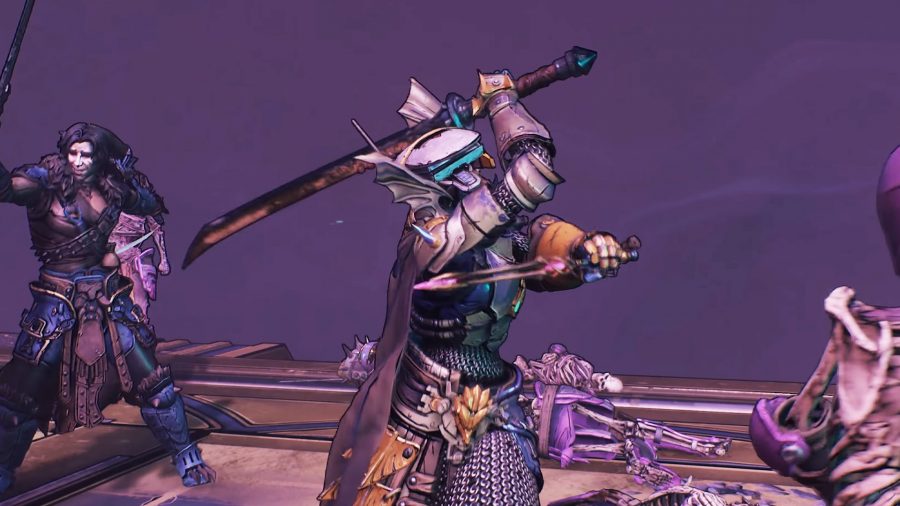 The melee weapons in Tiny Tina’s Wonderlands have been designed by four manufacturers: 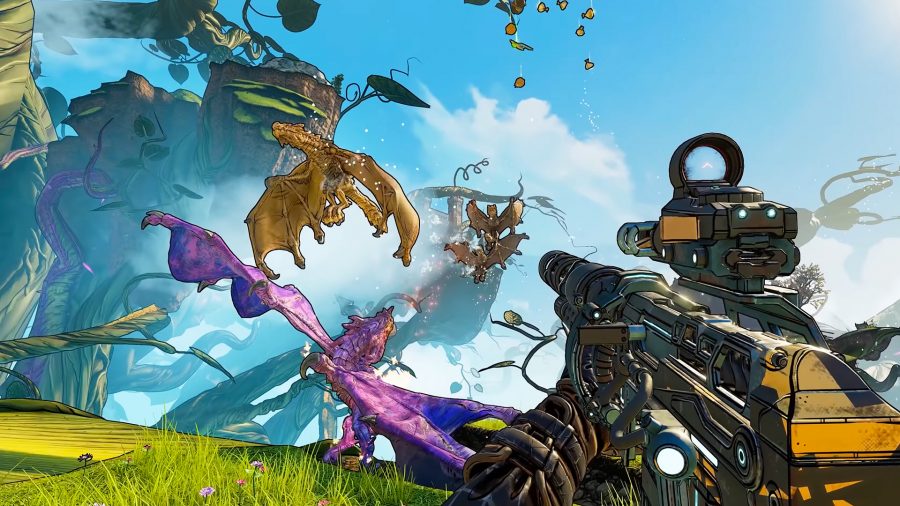 You can purchase weapons with specific effects by heading to one of the weapon manufacturers in Tiny Tina’s Wonderlands:

Blackpowder guns feature unique properties that alter the way critical shots behave. If you land a headshot using a Blackpowder weapon, the bullets will ricochet off enemies, giving your bullet a second chance to hit another enemy.

If you’re looking for alternate firing options, Dahlia’s weapons provide you with new firing modes depending on what weapon you’re using. This can be useful on weapons like assault rifles, giving you the ability to swap between fully automatic when dealing with groups of enemies, and burst fire mode when you need to focus fire on a single target.

Using magic, Feriore can transform your weapon into something entirely different once you throw it across the battlefield. After a short amount of time, your weapon returns back into your hand as a brand new gun.

Deploy a magic shield while aiming down the sights using Hyperius weapons, keeping you protected at all times. These weapons also become more accurate the longer you fire, incentivising you to unload entire clips into your enemies.

Skuldugger weapons are perfect for players who hate finding ammo – Skuldugger guns automatically acquire ammo from the aether, allowing you to get on with the real work. There’s a limit to these bullets, however, as you do need to slow for a while in order for the magazines to regenerate.

If you want to see some explosions, the Torgue weapons are exactly what you need. Torgue’s magic focuses entirely on making each weapon as explosive as possible, making it easy to take down multiple enemies in one big blast. 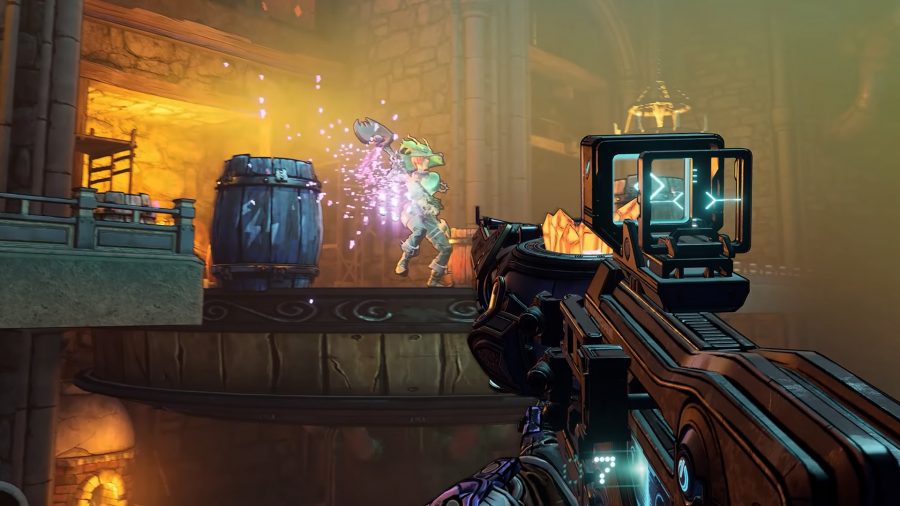