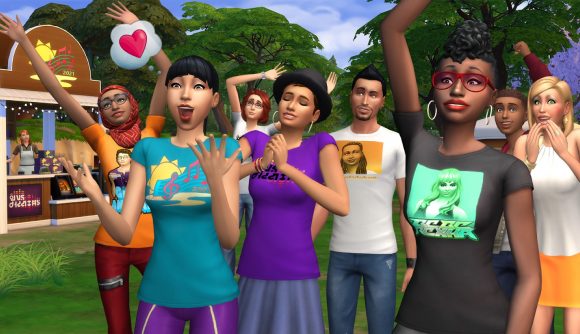 The Sims 4 will play host to its own music festival starting next week, and headlining the event is American singer-songwriter Bebe Rexha. She’ll be performing a song in Simlish, along with Glass Animals singer Dave Bayley and singer-songwriter-producer Joy Oladokun, who will open the show.

Dubbed The Sims Sessions, it’s to be The Sims’ first-ever virtual music festival, and the first time Simlish songs will debut in the simulation game. Players will be able to join in the virtual event, slated for June 29-July 7, to explore the festival grounds, camp out, and pick up some trendy festival-themed outfits and digital merchandise from the artists who are headlining the show.

“Sims Sessions will be a fun experience for fans from around the world to enjoy music and hang with friends in a way that only The Sims can offer,” Bebe Rexha says in an EA press release. “I’m so excited to return to the game and also can’t wait to see the fans posting their Simlish videos of ‘Sabotage!'”

You’ll be able to join the festival from within The Sims 4, on your platform of choice. Once you’re in, you’ll be able to visit the festival’s food stands and merchandise tents, catch some shuteye (or woohoo, apparently) in the campgrounds, and gather around the main event stage to catch the show itself.

We're beyond excited for this event! For more information, visit the #SimsSessions info kiosk – a.k.a website – at https://t.co/e9FChFbNyp 🎵ℹ️⛺!

Once it’s over, participants will be able to take to the stage themselves to rock out on the piano or sing some songs of their own.

The Sims 4 is taking cues from other games that have hosted big concert events in recent years – notably Marshmello and Travis Scott in Fortnite and Lil Nas X in Roblox. This one should be different in all the ways that The Sims 4 is… just a bit different from everything else out there.