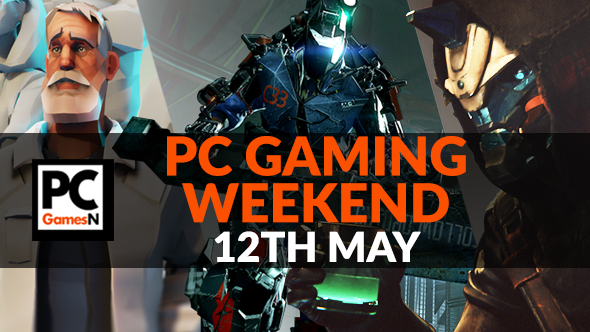 We like to maximise the weekend here at PCGamesN. That means promising ourselves we’re going to play a new game rather than installing yet another Skyrim mod that turns the dragons into something funny. No, this weekend we’re going to finally dip into some of those unplayed games filling up our Steam library, tackle the latest triple-A release, and generally broaden our PC gaming horizons. Besides, the pollen count is far too high to go outside.

Weekends might come to an end, but our coverage of all the latest PC games news doesn’t.

So if you’re stumped for ways to fill the 48-hour void of rest and relaxation, allow us to proffer some suggestions. At the very least they’ll provide you with enough reading material to save you from buying the Sunday paper. But who knows, our suggestions might put you onto an indie gem or unsung multiplayer game mode that’ll become your go-to for years to come.

Win Divine Ascent – we’ve got 50 copies to give away!

As if your Steam library needs any more games after all those seasonal sales, how about another one? This week we’ve got 50 codes for turn-based puzzler Divine Ascent for you to try your hand at winning. Divine Ascent sees you competing against another ancient civilisation in a race to build a tower up to the gods. Fancy it? Of course you do. Simply click on the link above for entry details.

The Dark Souls franchise has come to its conclusion, which means lots of people are now feverishly searching for their next dose of hardcore action-RPG goodness. Good news: after six hours of hands-on time with The Surge, it’s looking likely that the search for a successor is already over.

Cross your fingers for our Destiny 2 features wishlist

First wish granted: Destiny 2 is definitely coming to PC. Naturally, that means we’re free to send another hundred or so wishes Bungie’s way. We’re not asking for much at all, just raid matchmaking, better storytelling, more from the characters and a proper, living world. Simple fixes, really.

Meet the mind behind Little Nightmares

It takes a particular type of person to ditch the cutesy, twee norms of the puzzle-platformer genre and create a world in which a young girl is stalked by nightmarish creatures. We talked to senior narrative designer Dave Mervik about everything from Tim Burton and politics, to Inside and Tarsier Studios next project.

Drop that lovely mug of tea you’re drinking. Right now. It could be an alien spider in disguise. We’ve been playing plenty of Prey, and we’ll admit that it has made us a little paranoid about crockery. Aside from that it’s also a compelling, mysterious, and engaging romp through a space station packed with shapeshifting, psychokinetic aliens.

Discover the personality-packed world of The Long Journey Home

What do you get when you cross No Man’s Sky with FTL? That answer isn’t quite The Long Journey Home – for that you’d need to add some character and soul. We played the upcoming space exploration game and were bowled over by its art style, alien inhabitants and horror influences.

Speculate who or what Overwatch’s next hero will be

Can you believe it’s nearly been a year since Overwatch came out and changed our social lives forever? No, we can’t either. With the anniversary of the game fast approaching, we’re bound to be getting a new hero any time now. Join us as we sift through the leaks, rumours and candidates in episode 31 of Overwatch This. 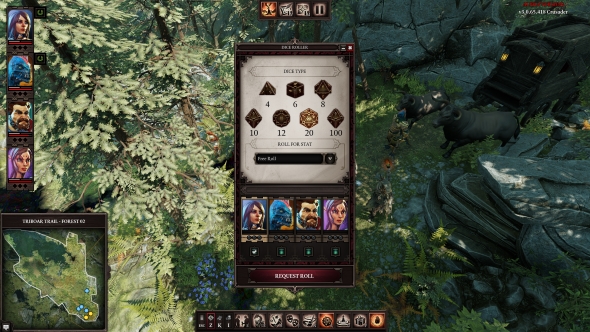 Digital versions of classic tabletop fare always seem to be lacking in few key areas. Divinity: Original Sin 2’s Game Master mode looks set to deliver the full D&D experience, complete with dice, a dungeon master, and heaps of cooperative RPG gameplay for you and a friend to sink your teeth into.

Journey down memory lane with our Strafe PC review

Enjoying the surge of ‘90s nostalgia that we seem to be experiencing recently? There’s a good chance that you’ll enjoy Strafe’s overt brand of charging through corridors and blasting mobs into piles of gore. Like games in the ‘90s, it’s also ridiculously difficult, and not necessarily in a fair way. Read our thoughts via the link above.

There’s been a flood of CPUs in the PCGamesN office, and poor old Dave’s been rigorously testing and reviewing the lot of them. That means a lot of confusion for PC gamers over what chip will provide the best gaming experience and performance for their budget. You’d think extending the Kaby Lake series down to the budget i3 range would be a good thing, but the K-series name seems to have had a big impact on the price.

And that’s everything from us this weekend. Not really, there’ll still be loads more PC gaming news, reviews and features over on the homepage. Regardless, have a great weekend and check back regularly for all the latest from us.