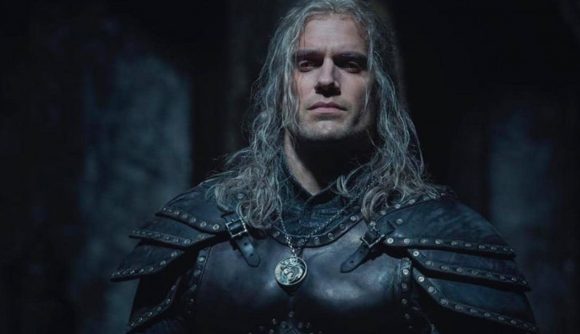 Our large, sweet PC building boy Henry Cavill has been forced to take some time off from filming Netflix’s The Witcher Season 2 due to an injury he sustained on set. Evidently, the actor – who plays the leading role of Geralt – hurt his leg while shooting a scene that involved ‘swinging axes.’

As reported by The Sun, Cavill had been about 20 feet above the ground and secured in a safety harness while filming an “assault course” when he hurt his leg. The Sun’s source says Cavill “suddenly pulled up and was clearly in a lot of pain,” but the source of the injury wasn’t immediately clear.

While Cavill wasn’t hospitalised, the source tells The Sun that the injury was severe enough to throw off The Witcher’s shooting schedule by a few days, since Cavill can’t walk properly at the moment – much less wear a set of heavy armour whilst fighting off Nilfgaardian soldiers or rotfiends. The Sun’s report didn’t indicate how long Cavill would be out of commission, but Deadline reports that filming will continue while he recovers.

The Witcher Season 2 has already had to pause production due to an outbreak of COVID-19 on set, but Cavill has shared one of Geralt’s looks in the next season of the show on his Instagram account.

The show is based on Andrzej Sapkowski’s series of fantasy novels, which also inspired some of the best RPG games of all time. We’re hoping Cavill has a speedy recovery – or perhaps knows the recipe for a nice werewolf decoction.