Remember that video clip posted late last year which gave us a really good idea of what Cyberpunk would look like as a PlayStation 1 game, bugs and all? Well, its creator Anders Lundbjörk has been exploring what another one of CD Project Red’s RPG games might be like if given a PS1-style ‘demake’, so now we know what The Witcher 3 – bathtub and all – might look like à la 1995. It’s NSFW, folks. Well, we think so, anyway.

As you can see in the brief demake-style clip below, PS1 Geralt’s splish-sploshing in a Kaer Morhen tub is quite a lot lower res than the 2015 open-world game’s opening scene. A fire crackles in its chunky grate, as the low-poly witcher sticks his legs out of the wooden tub. We say ‘legs’ – I mean, they’re great big stalks of square-ish meat, really, with shadows denoting his toes and muscles – but the whole thing’s just delightfully retro and really well done.

The familiar scene unfolds – for a bit, anyway. In the PS1 game, Geralt decides to try Yennefer’s patience by drawing a Gwent card of his other love, Triss, calling her his “waifu”. Yennefer doesn’t take well to this and, well, you can see for yourself below. 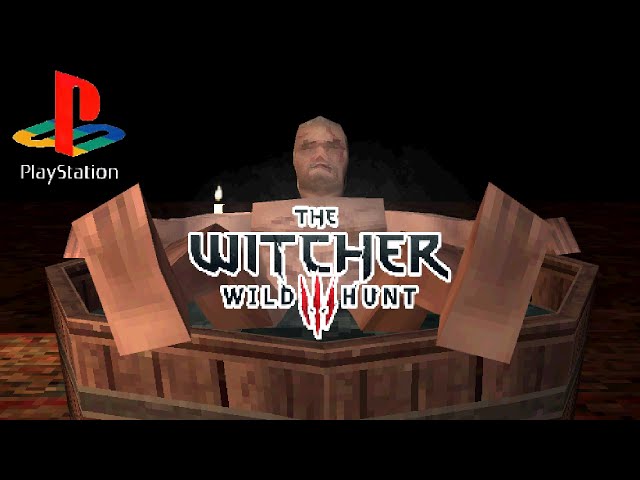 If you’re a fan of taking The Witcher 3 and putting a different spin on it, check out our rundown of the best Witcher 3 mods out there, as well as some recent treats from the community, such as a Star Wars lightsaber Witcher 3 mod and one that gives Geralt a snowboard (yes, really).