Tiny Tina’s Wonderlands’ Chaos Chambers are a new endgame activity that’s been put into the FPS game so that you can just keep playing forever, if you really want to. They also offer a substantially more challenging string of fights, excellent loot, and are a great way to grind up your level. Who doesn’t love a good combat encounter?

Tiny Tina’s Wonderlands’ Chaos Chambers also offer a welcome change to the usual post-ending malaise. Normally the endgame in a Borderlands title involves playing through the story again in New Game Plus, or taking on additional post-story quests that have you fighting over-sized, over-levelled monsters. While the endgame offers the best opportunities for loot it’s not always exciting to play through the story again, especially in games where the story is less than enjoyable.

While the core of Chaos Chambers is all about, well, chaos, there are actually some important rules and mechanics to consider when you start messing about with them. Read on to find out everything you need to know about Tiny Tina’s Wonderlands Chaos Chambers. We’re chaos experts, so you’d think we’d know what we’re talking about.

Each Chaos Chamber consists of three levels, a mini-boss, and then another three levels culminating in a proper boss. These are randomly selected from an array of potential combinations of levels, enemies, and bosses, which should help keep things fresh as a result. You can choose from four different options to begin with:

Chaos Runs allow you to make the Chaos Chambers harder for yourself by unlocking more difficulty levels, which will also offer stronger items. Each level will offer you two (out of four) portals to choose from after beating it. The potential options are chest portals, crystal chest portals, Butt Stallion portals, and Dragon Lord portals.

Chest portals will grant you extra loot in the next encounter, crystal chest portals will give you more crystals in the next encounter, Butt Stallion portals allow you to meet the queen and will give you a buff, and the Dragon Lord portal will offer you two random curses that will alter your run by changing things like enemy health, damage, the strength of your shield, and so on. 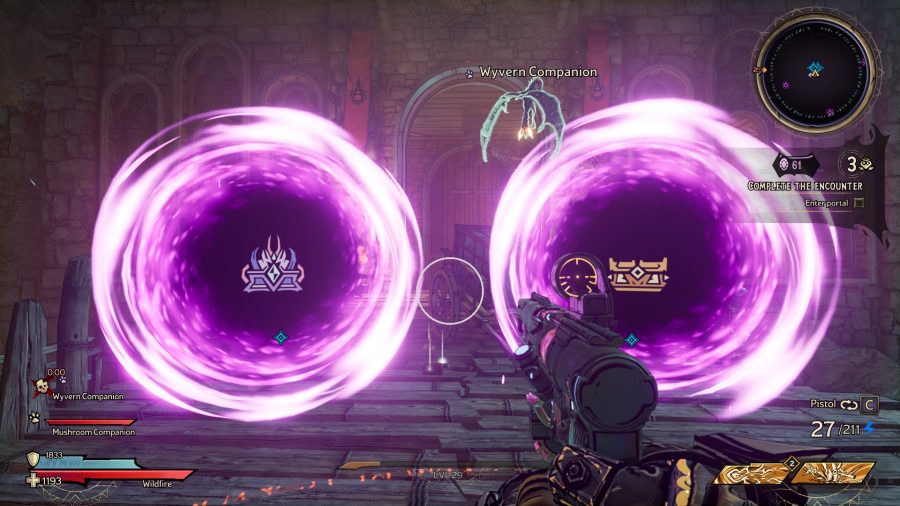 How to unlock Chaos Chambers?

You gain access to the Chaos Chambers by beating the main story missions. You can completely ignore the side quests if you want, but you’ll likely need to grind your level up a little bit to fight the final boss, the Dragon Lord.

Once you’ve defeated this last boss, you’ll have to sit through the credits and then follow along with some simple tasks in the epilogue before being allowed into Butt Stallion’s castle, where you’ll find the Dragon Lord chilling alongside the Chaos Chambers. 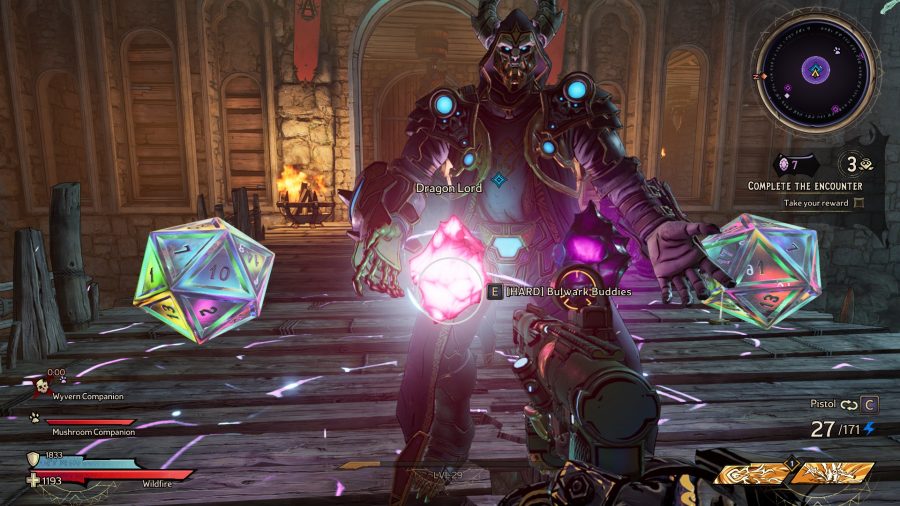 What are the rewards for Chaos Chambers?

Rewards differ based on which portal you’ve gone into. Each run will lead you to a big ol’ loot chest at the end of it, but enemies drop loot too which means you’ll have plenty of chances to get your new favourite spell or weapon. Bosses have a chance to drop their legendary weapons as well.

You can also use the crystals you gather during your runs at the end to get extra loot at the end. You’ll need around 500 of them, but you can feed them to rabbit statues with icons above them showing what kind of loot they’ll spit out. This is a good way of helping you supplement your loot income, and is great compensation if you’ve not been spending your crystals on blessings during a run. 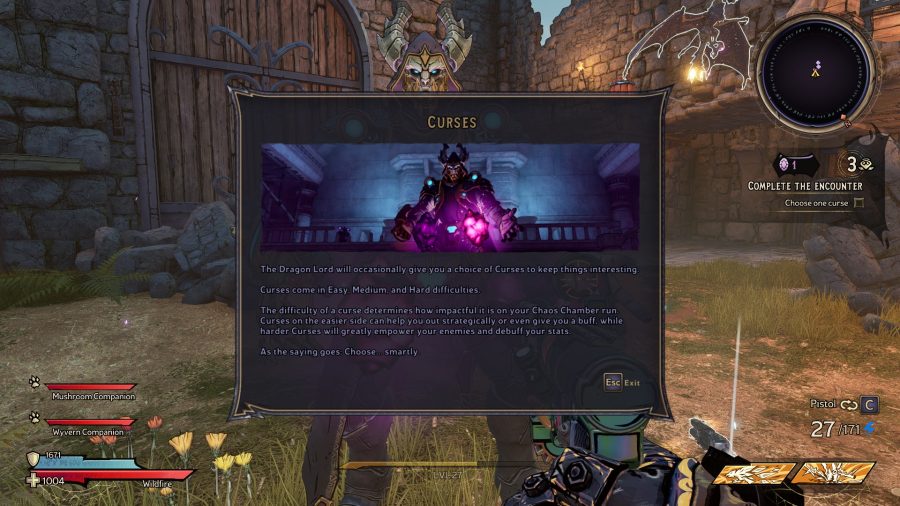 What are the Chaos Chambers modifiers?

Modifiers in Chaos Chambers are split between blessings and curses. Blessings can be purchased during runs by spending crystals – you do this at small altars with icons floating above them. These blessings can range from increasing your ammo capacity, to upping your maximum health. The cost of blessings increases every time you purchase one, so think before you spend.

Curses are more complicated, and are offered by the Dragon Lord if you go through the Dragon Lord’s portal at the end of a run. They come in three flavours and one each offers a different kind of efffect.

Along with individual effects, every easy curse also adds 30% to crystals, with a 25% chance for crystals to drop when you kill and enemy:

Along with individual effects, every medium curse adds 60% to crystals, with a 25% chance for crystals to drop when you kill and enemy:

Along with individual effects, every hard curse adds an additional 120% to crystals, with a 25% chance for crystals to drop when you kill and enemy: