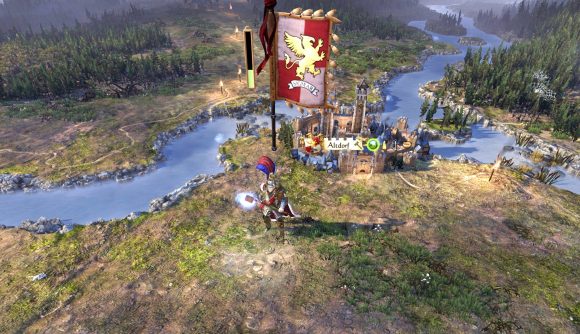 There are now more than 60 playable legendary lords available in Total War: Warhammer 2’s Mortal Empires campaign if you include the couple dozen that carried over from the first Total Warhammer. As new lords have been introduced, it’s been hard not to feel that some of the original strategy game’s crew have lost a bit of their lustre by comparison. Now there’s a mod that spiffs good ol’ Karl Franz up a bit so he can keep pace with his newer, flashier competition.

The Karl Franz Reboot mod by Steam user Vacuumrider reworks Franz’s skill tree in several key areas. The mod doesn’t alter his base stats, but instead tinkers with some of his abilities in order to make Franz a better late-game contender against the likes of Rakarth of Karand Kar and Throt the Unclean. Franz’s legendary hammer, Ghal Maraz, gets an added +50% base weapon damage, for example, and his ‘Hold the Line’ ability is reorganised to unlock along with ‘Leader of Men’ at Rank 6. The leadership bonus granted by ‘Leader of Men’ expands from +50% to +100%.

The mod grants Franz some brand new abilities, like ‘Hold the Line!’, that allow him to keep his soldiers in the fight longer, but where you’ll likely notice the biggest changes is to the bonuses he’s able to give to his dedicated soldiers, particularly the Reiksguard.

After unlocking ‘Inspiring Presence,’ Franz can pick up two new skills that scale up three levels each. There’s ‘Combined Arms’, which gives a host of hefty bonuses to Franz’ Empire melee units, and ‘Imperial Guard,’ which grants +8 to both melee attack and defence to his Reiksguard and greatswords units.

The overall effect is to make Franz – and his lord’s army – a whole lot punchier pretty quickly, and keep him in the fight through the late game. Once you’re there, you’ve got the new ‘Deliverance’ heal to unlock at rank 20, which restores up to 1392 hit points to Franz and blinds anyone around him for 10 seconds. Not bad.

You can find the mod over on the Steam Workshop, and it’s worth subscribing if you’d like to give Franz a bit of an advantage in your next Mortal Empires game.