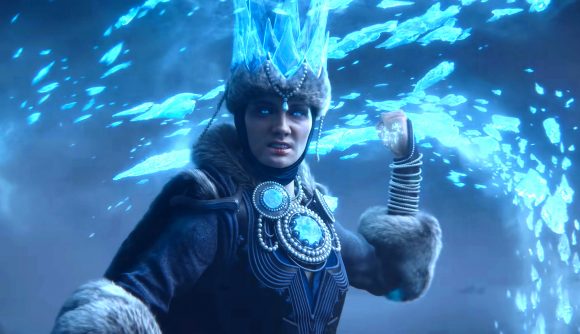 The internet strikes again! While Creative Assembly has said previously that more Total War: Warhammer III news was due sometime this month, we imagine the studio didn't mean that a 4Chan user would leak images and a description of a new battle type all over the web.

The original post that contained the leaked information has reportedly been deleted, but someone on the r/totalwar subreddit has compiled all of the written notes into one thread. You can also see the images here and here. No one from Creative Assembly or publisher Sega has explicitly confirmed the leak is legit, but they have today released a gameplay teaser ahead of a full reveal next week which provides context.

The leaker claims the battle is called ‘Assault on the Brass Citadel’ and the main screen shows what can be assumed to be Kislev units, as they are being led by a woman wielding icy powers who, from her portrait, can only be Kislev's leader Tzarina Katarina. The objective in the top-left of the main screen indicates that the player is fighting the Chaos daemons of Khorne, so this is the same match-up as in the original announcement trailer.

Other UI elements suggest buildable structures, such as barricades, and something to do with waves. The second screen shows Katarina standing on a sheet of ice, which the leak claims she uses to travel around the map. Apart from that there’s little else to glean from the screenshots, though the written portion of the leak goes into more detail regarding the battle itself.

Does anyone know where this is from? from totalwar

Allegedly, you take your forces through the map to capture points while being assaulted by waves of daemons. “In general it’s supposed to be something entirely new, for boss battles in the campaign,” the leak claims.

“It was more of a “siege” since each of the capture points was also part of a bigger fortress, which you could reinforce by spending supplies/points. You could also use them to buy new units mid-battle, upgrade units you already have and build [stuff] like towers etc.” 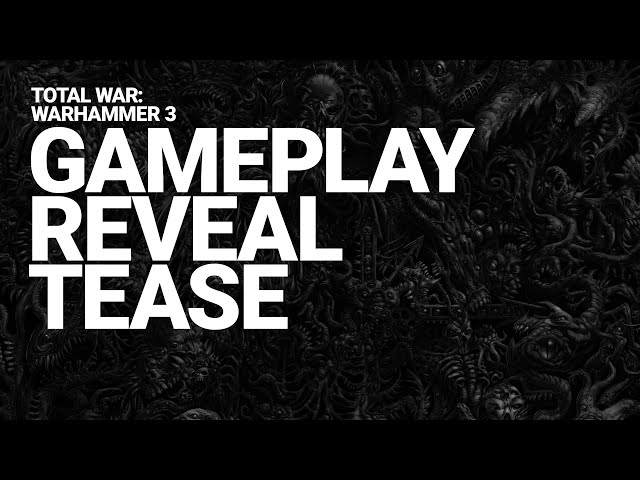 Total War: Warhammer 3 was announced earlier this year in an extremely metal trailer. We’ve already put up some thoughts on the confirmed races, such as Kislev and Cathay, and the campaign map is supposed to be pretty big. We also know there will be an extra race as a pre-order bonus.

Pre-order now: Grab Warhammer 3 to get that extra race

What we don’t know is anything about the Warhammer 3 release date, but it’s possible we’ll find out during the full reveal next week at 9 AM PT / 5pm BST on May 13.