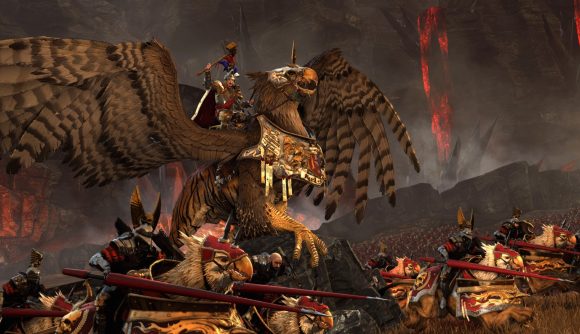 Amazon Prime subscribers are in for a treat this month: this month’s haul of free games from Prime Gaming includes some terrific selections, including strategy game titan Total War: Warhammer and Star Wars Soulslike Jedi: Fallen Order. And that’s just the beginning of this month’s selection.

Total War: Warhammer scarcely needs an introduction – it’s the first in what will soon be a trilogy of grand strategy games that feature spectacular real-time battles fought between the colourful and often monstrous forces of the old Warhammer Fantasy world. You can take command of factions like the Empire, the dwarves, the greenskins, and vampire counts, although there are plenty more factions available as DLC. Paired with Total War: Warhammer II, it forms part of the combined Mortal Empires sandbox campaign.

Star Wars Jedi: Fallen Order is Apex Legends developer Respawn’s take on the Soulsborne genre. As fledgling Jedi Cal Kestis, you’re on the run from the Empire’s Inquisitors and must learn the ways of the Force in order to survive and, hopefully, help rebuild the Jedi Order. It’s a delightful romp through both new and familiar Star Wars locales, and the lightsaber combat is a thrill.

You can also pick up Fahrenheit: Indigo Prophecy Remastered, WRC 7, Abandon Ship, Paper Beast, In Other Waters, and Two Point Hospital all this month on Prime Gaming. Simply head over to the Prime Gaming homepage to grab your copies.