Searching for the best Valheim armour? Choosing the right set of armour is vital when it comes to tackling each new biome. Your trusty leather armour set may have helped you in the Black Forest, but that armour will let you down against the enemies in the Swamp. The best armour in the game is relative to where you are in Valheim, so don’t worry too much if you can’t assemble a full padded armour set right away.

At the beginning of the survival game, you can’t progress beyond leather armour until you defeat Eikthyr. As you defeat each Valheim boss, you unlock a special power and new materials, making it easier to take on new biomest. While armour is extremely important, don’t forget to equip a shield before heading into unexplored areas. If you upgrade a shield enough times, you can negate the damage from incoming attacks very easily.

There are only seven armour sets in Valheim, but they all have their uses at one point or another. There’s also an element of choice with some of these armour sets, as you may prefer having the full range of movement rather than slightly higher defensive stats. Here are all the armour sets you can craft in Valheim. 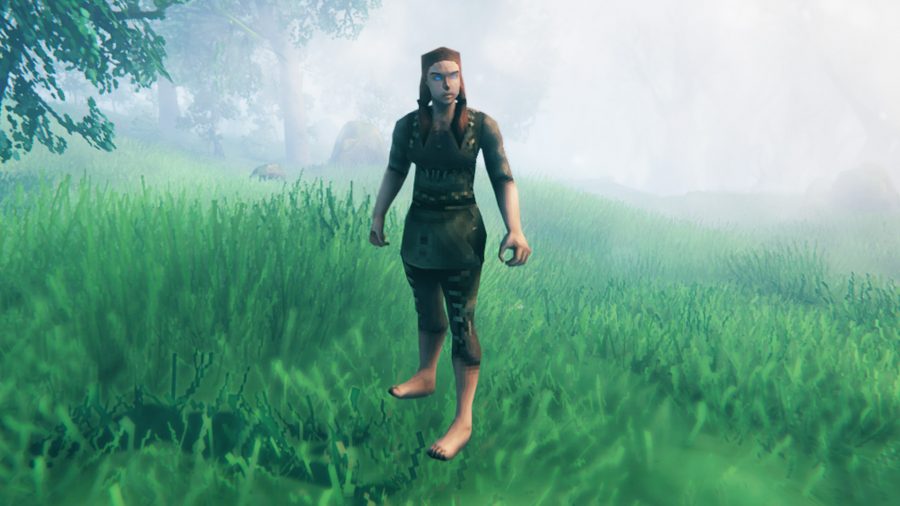 The rag tunic and rag pants are the first pieces of armour you start with in Valheim. Though this armour can be upgraded at the Valheim workbench, we recommend skipping straight to leather armour instead. 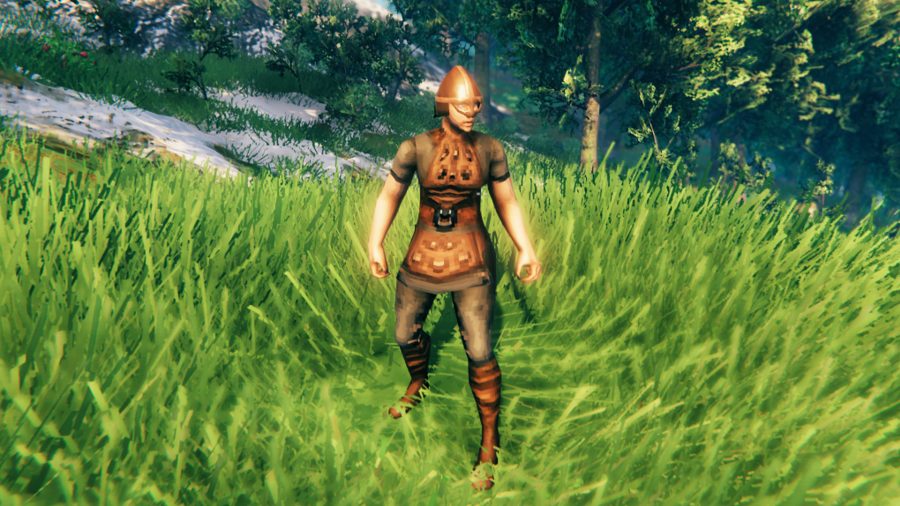 Leather armour is the first real armour set you can create in Valheim. Deer hide is the primary crafting material required which can be easily acquired from killing deers in the Meadow biomes.

This armour set consists of a tunic, pants, helmet, and a deer hide cape. 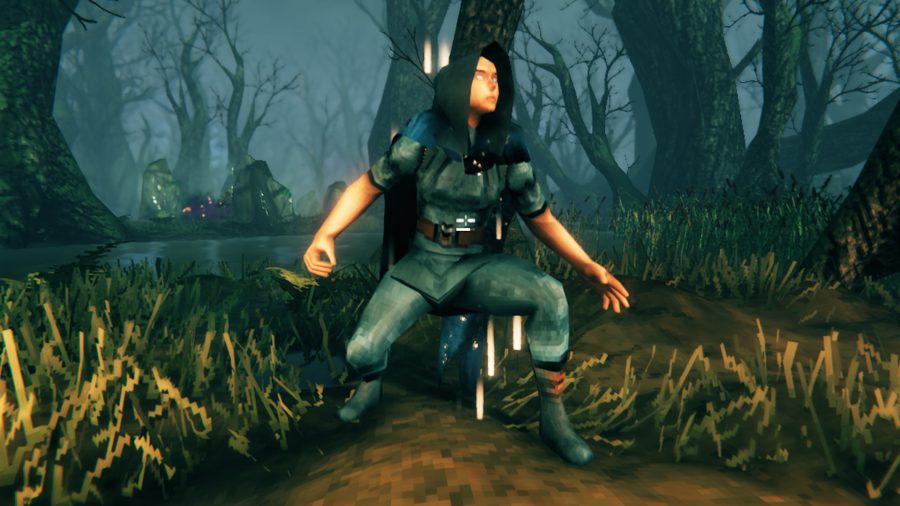 Trolls are some of the most terrifying enemies at the beginning of the game, but eventually they become very manageable once you start to level up your gear. Killing trolls rewards you with troll hide, the primary component of the troll armour set. 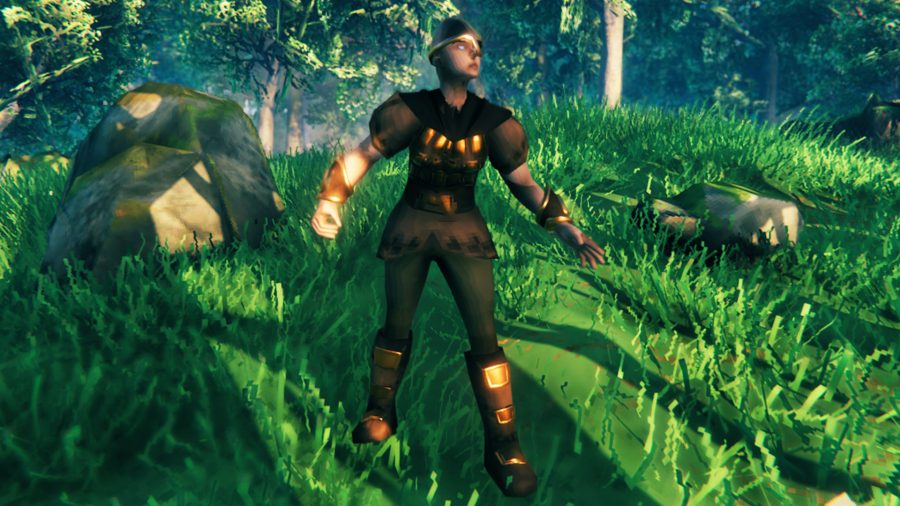 Bronze armor is technically an upgrade on troll armour as its stats are slightly higher, however there is a 10% downgrade to movement speed. For some players, this movement speed nerf coupled with the effort it takes to assemble a full bronze armour set gives troll armour a slight edge. Creating a full bronze armour set requires a lot of time spent mining copper and tin ores in the Black Forest and along the shoreline. 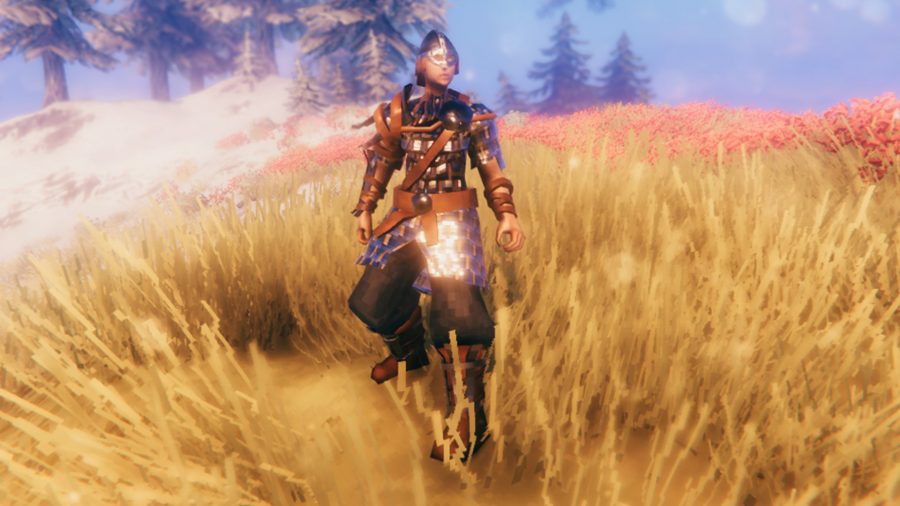 Iron armour is the next set in the game, and it’s a big upgrade on both troll and bronze armour. After defeating The Elder, the Swamp Key can be used to access the Swamp biome. Iron scraps can be found in Sunken Crypts within the Swamp. These areas contain dangerous Blob enemies which can easily poison players, as well as lethal Draugrs. 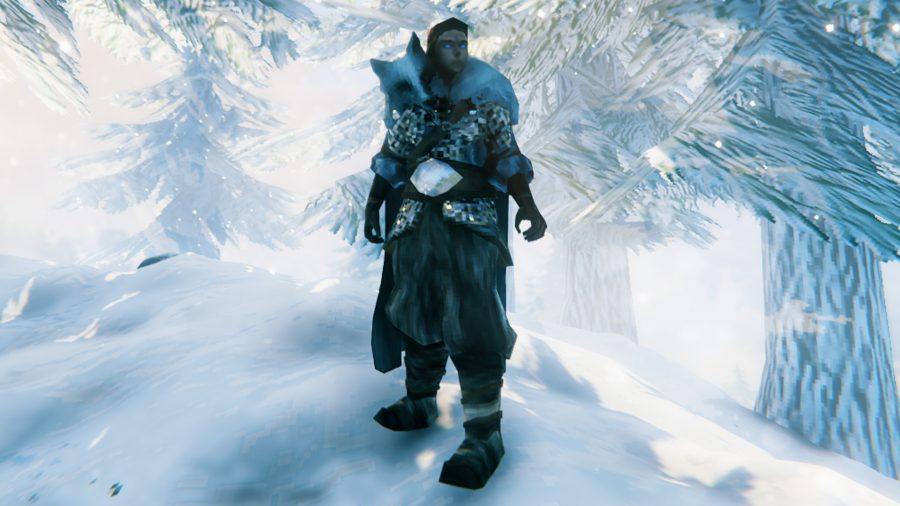 The mountain biome is available at any point in the game, but you won’t be able to withstand the frost damage from the weather without creating wolf armour. The wolf armour chest piece and wolf fur cape grant frost resistance, allowing you to freely explore the mountain biome without worrying about taking environmental damage. You need a lot of silver to create wolf armour, and that can only be found in the mountains after killing Bonemass and obtaining the wishbone.

The padded armour set is the best available in Valheim. To unlock the ability to craft padded armour, you need to create linen thread for the first time. This requires you to defeat Moder and craft your own Artisans Table – from here you can create a Spinning Wheel which is then used to make linen thread.

This armour set consists of a padded helmet, padded greaves, and a padded cuirass. 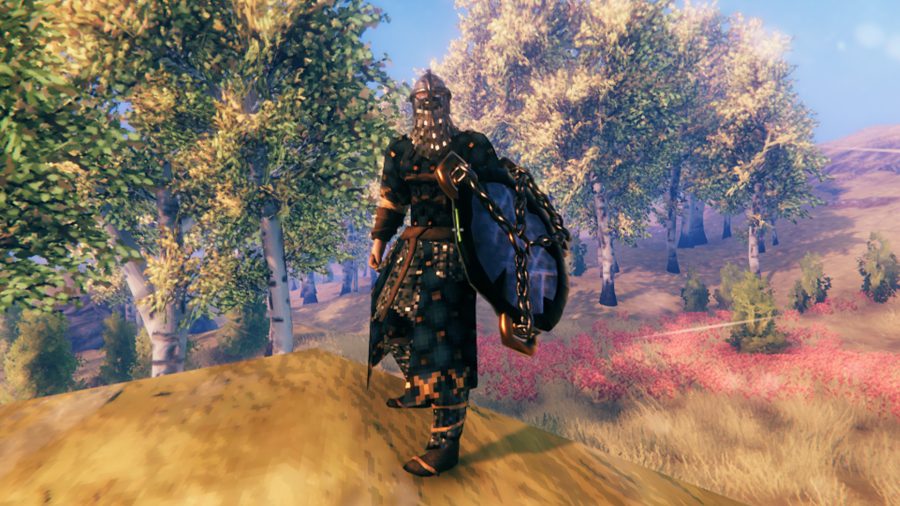 And that’s all you need to know about the best Valheim armour. Now that you know what the best armour in the game is, why not find out what the best Valheim weapons are? Learning to create a strong base can be difficult – we recommend checking out our Valheim building guide for some handy tips to get you started. If you’re playing with friends, here’s how to set up a Valheim dedicated server, and the best Valheim seeds to use when generating your map.