Want to defeat Bonemass in Valheim? Bonemass is one of the hardest fights in the entire game, forcing players to come prepared before taking on the green behemoth. Before attempting to fight this Valheim boss, you need to become familiar with the Swamp biome. The poisonous area features a number of powerful enemies that creep around the surrounding area such as skeletons, draugrs, and infuriating blobs, ready to drain your health in an instant.

As for your Valheim armour, while skilled players could get away with a set of troll armour during this boss battle, you may want to invest in iron armour if you find this fight difficult. Iron armour features resistance to physical attacks, perfect against Bonemass’ primary attack.

Before you attempt to fight Bonemass, you’ll need to find his location. The Swamps contain dungeons known as Sunken Crypts. You have the chance to find a runestone in one of these crypts – it may take you several attempts as the runestone is quite rare. Fortunately, these locations always contain muddy scrap piles which drop iron scraps, the material needed to craft Valheim iron. Here’s everything you need to know about how to summon and defeat Bonemass in Valheim.

Preparing for the Bonemass fight

It’s important to prepare for this fight by building a fermenter to brew your own mead. Poison resistance mead is highly effective against Bonemass and the enemies he spawns mid-fight. Healing potions are also a safe bet as Bonemass can deal massive amounts of damage in a single swipe. It’s worth bringing along sausages or turnip stew if you can make either of these dishes at your base.

You may struggle to deal damage to Bonemass unless you happen to be using a blunt weapon. Bonemass’ only weakness is to blunt damage, so you want to capitalise on this by using either an iron mace or iron sledge. If you can’t afford to craft either of these weapons, try to aim for any blunt weapon as you can deal more damage with a wooden club than you can with a bronze sword. It’s also worth building a nearby portal in case you don’t bring the boss down on your first try.

Once you find Bonemass’ location using the runestone, you’ll need to offer up ten withered bones at his sacrificial altar. These bones can be found in muddy scrap piles – you should be able to find ten bones after visiting one Sunken Crypt. 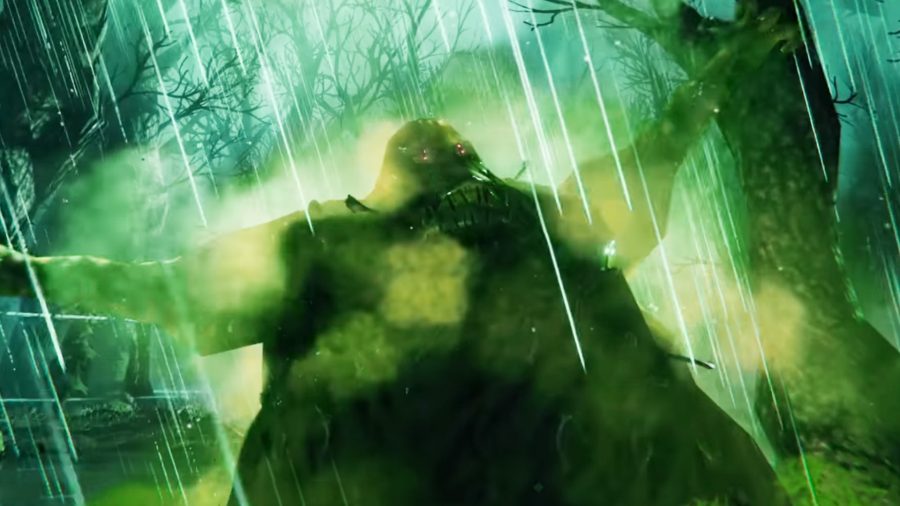 Fighting Bonemass as a solo player

There are two strategies you can use to defeat Bonemass. The first method is to bait out Bonemass’ melee attack, allowing you to attack several times before he fires off an AoE poisonous cloud. The second method involves firing 200 frost arrows to slowly whittle the boss’ health down to zero. This method does take a while, but it’s a guaranteed way of killing Bonemass without having to worry about taking any damage.

It’s important to remember Bonemass will always attack in the same pattern. After baiting the boss into swiping at you, it will always follow up with an AoE poison attack. You can tell Bonemass is about to do his poison attack as he leans back before vomiting on the ground. Make sure you back away from Bonemass after attacking him with your weapon to avoid being poisoned.

You can avoid Bonemass’ melee attack by manually dodging out of the way, or you can block his attack outright using a wood shield or better, a bronze buckler or iron tower shield. If you’ve eaten enough food before the boss fight, you should have enough stamina to tank a melee hit and have energy left over to attack afterwards.

The same method can be applied when fighting in a group, but you need to make sure the players baiting out the melee attack are equipped with the best armour available. 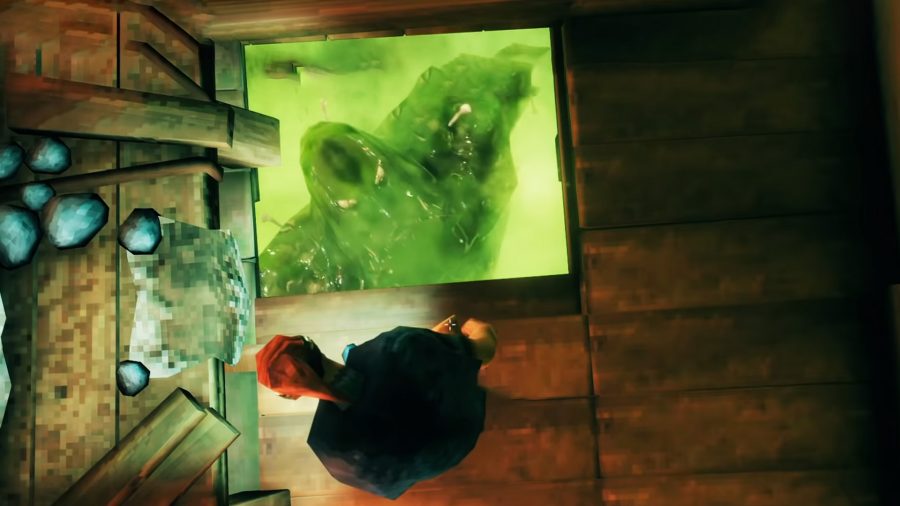 If you hate fighting this boss and you want the cheesiest, most effective way to take Bonemass down, the frost arrow method is for you. The general idea of this method is to create a treetop base where Bonemass spawns, high enough from Bonemass’ attacks and any of the enemies he spawns in the area. Bonemass is aggressive by nature, so he will seek you out once you reveal yourself to him.

Once Bonemass knows where you are, he will make his way towards you, right below your treetop base. Bonemass’ attacks will be unable to hurt you due to the height difference – use this opportunity to rain down arrows on him. While you could use a variety of arrows, none of these are as effective as frost arrows. Unfortunately, these arrows are a pain to acquire as it involves obtaining obsidian and freeze glands, both of which are found in the Mountain biome.

Group up: Start your own Valheim server

Depending on your bow skill, you may need to craft a maximum of 200 frost arrows to ensure you can defeat Bonemass in one attempt. As long as your treetop base has a Valheim workbench, you will be able to repair your bow at any point once it loses durability.

And that’s all you need to know about how to summon and defeat Bonemass. Once you defeat Valheim’s third boss, the rest of the game will seem like a piece of cake in comparison. Using the wishbone dropped by Bonemass, you can now easily discover muddy scrap piles, buried treasure, and silver veins. Be sure to check out our Valheim taming guide to stock up on plenty of food before heading into the Mountain biome. If you’re wondering what new content is on its way in Valheim, check our Valheim update roadmap will fill you in.